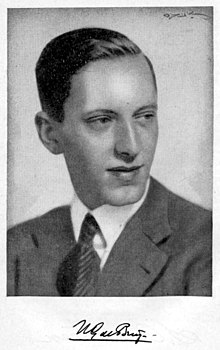 De Bruijn was born in The Hague where he attended elementary school between 1924 and 1930 and secondary school until 1934. He started studies in mathematics at Leiden University in 1936 but his studies were interrupted by the outbreak of World War II in 1939. He became a full-time Assistant in the Department of Mathematics of the Technological University of Delft in September 1939 while continuing his studies. [3] He completed his undergraduate studies at the University of Leiden in 1941. He received his PhD in 1943 from Vrije Universiteit Amsterdam with a thesis entitled "Over modulaire vormen van meer veranderlijken" advised by Jurjen Ferdinand Koksma. [4]

From June 1944 he was a Scientific Associate working in Philips Research Laboratories in Eindhoven.

In 1957 he was appointed member of the Royal Netherlands Academy of Arts and Sciences. [5] He was Knighted with the Order of the Netherlands Lion.

De Bruijn covered many areas of mathematics. He is especially noted for:

He wrote one of the standard books in advanced asymptotic analysis (De Bruijn, 1958).

In the late sixties, he designed the Automath language for representing mathematical proofs, so that they could be verified automatically (see automated theorem checking). Shortly before his death, he had been working on models for the human brain.