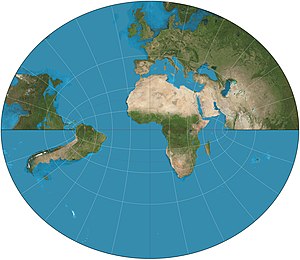 Patrick Weir of the British Merchant Navy independently reinvented the projection in 1890, after which it began to see more frequent use as recognition of its retroazimuthal property spread. Maps based on the Littrow projection are sometimes referred to as Weir Azimuth diagrams. [1]

The projection transforms from latitude φ and longitude λ to map coordinates x and y via the following equations: [2]

where R is the radius of the globe to be projected and λ0 is the longitude desired for the center point.