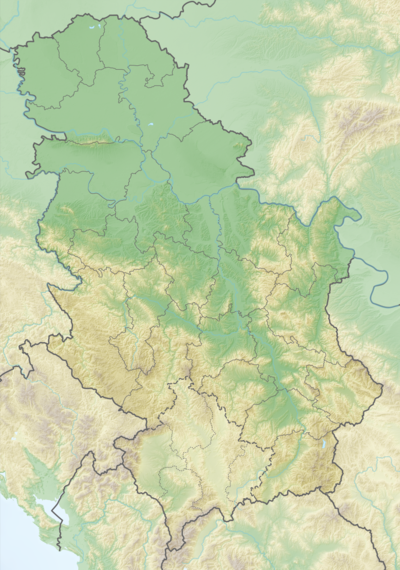 This is the list of cities and towns in Serbia, according to the criteria used by Statistical Office of the Republic of Serbia, which classifies the settlements into urban and rural, depending not only on size, but also on other administrative and legal criteria. [1] Also villages with the municipal rights have been added to the list.

Cities in administrative sense are defined by the Law on Territorial Organization. The territory with the city status usually has more than 100,000 inhabitants, [2] but is otherwise very similar to municipality. They enjoy a special status of autonomy and self-government, as they have their own civic parliaments and executive branches, as well as mayor ( Serbian: gradonačelnik, plural: gradonačelnici) is elected through popular vote, elected by their citizens in local elections. Also, the presidents of the municipalities are often referred to as "mayors" in everyday usage. There are 29 cities (gradovi, singular: grad), each having an assembly and budget of its own.

As with a municipality, the territory of a city is composed of a city proper and surrounding villages (e.g. the territory of the City of Subotica is composed of the Subotica town and surrounding villages). The capital Belgrade is the only city on the level of a district. [3] All other cities are on the municipality level and are part of a district. [4]

This is a list of cities and municipalities (excluding city municipalities) in Serbia, as defined by the Law on territorial organisation [4] The data on population is taken from the 2011 census. [5]

According to the statistic criteria, the settlements in the table are classified as "urban" (i.e. cities and towns), as opposed to "rural" (villages). These criteria are not limited to the settlement size, but also include the percentage of residents engaged in agriculture, population density etc. Thus, not all towns in statistical sense are greater than villages, and they are not always municipality centers. Note that the population of the city municipalities of some cities were not presented as unique, but united in the city population.

Cities and municipalities in Kosovo [a]

See also: Municipalities of Kosovo and List of cities in Kosovo