From Wikipedia
https://en.wikipedia.org/wiki/Limnology
The science of inland aquatic ecosystems 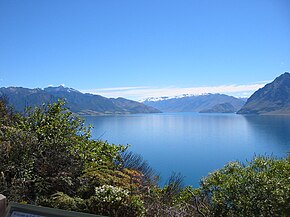 Limnology ( /lɪmˈnɒlədʒi/ lim-NOL-ə-jee; from Greek λίμνη, limne, "lake" and λόγος, logos, "knowledge") is the study of inland aquatic ecosystems. [1] The study of limnology includes aspects of the biological, chemical, physical, and geological characteristics and functions of inland waters (running and standing waters, fresh and saline, natural and man-made). This includes the study of lakes, reservoirs, ponds, rivers, springs, streams, wetlands, and groundwater. [2] A more recent sub-discipline of limnology, termed landscape limnology, studies, manages, and seeks to conserve these ecosystems using a landscape perspective, by explicitly examining connections between an aquatic ecosystem and its drainage basin. Recently, the need to understand global inland waters as part of the Earth System created a sub-discipline called global limnology. [3] This approach considers processes in inland waters on a global scale, like the role of inland aquatic ecosystems in global biogeochemical cycles. [4] [5] [6] [7] [8]

Limnology is closely related to aquatic ecology and hydrobiology, which study aquatic organisms and their interactions with the abiotic (non-living) environment. While limnology has substantial overlap with freshwater-focused disciplines (e.g., freshwater biology), it also includes the study of inland salt lakes.

The term limnology was coined by François-Alphonse Forel (1841–1912) who established the field with his studies of Lake Geneva. Interest in the discipline rapidly expanded, and in 1922 August Thienemann (a German zoologist) and Einar Naumann (a Swedish botanist) co-founded the International Society of Limnology (SIL, from Societas Internationalis Limnologiae). Forel's original definition of limnology, "the oceanography of lakes", was expanded to encompass the study of all inland waters, [2] and influenced Benedykt Dybowski's work on Lake Baikal.

Physical properties of aquatic ecosystems are determined by a combination of heat, currents, waves and other seasonal distributions of environmental conditions. [12] The morphometry of a body of water depends on the type of feature (such as a lake, river, stream, wetland, estuary etc.) and the structure of the earth surrounding the body of water. Lakes, for instance, are classified by their formation, and zones of lakes are defined by water depth. [13] River and stream system morphometry is driven by underlying geology of the area as well as the general velocity of the water. [12] Stream morphometry is also influenced by topography (especially slope) as well as precipitation patterns and other factors such as vegetation and land development.

Other types of aquatic systems which fall within the study of limnology are estuaries. Estuaries are bodies of water classified by the interaction of a river and the ocean or sea. [12] Wetlands vary in size, shape, and pattern however the most common types, marshes, bogs and swamps, often fluctuate between containing shallow, freshwater and being dry depending on the time of year. [12]

Light zonation is the concept of how the amount of sunlight penetration into water influences the structure of a body of water. [12] These zones define various levels of productivity within an aquatic ecosystems such as a lake. For instance, the depth of the water column which sunlight is able to penetrate and where most plant life is able to grow is known as the photic or euphotic zone. The rest of the water column which is deeper and does not receive sufficient amounts of sunlight for plant growth is known as the aphotic zone. [12]

Similar to light zonation, thermal stratification or thermal zonation is a way of grouping parts of the water body within an aquatic system based on the temperature of different lake layers. The less turbid the water, the more light is able to penetrate, and thus heat is conveyed deeper in the water. [14] Heating declines exponentially with depth in the water column, so the water will be warmest near the surface but progressively cooler as moving downwards. There are three main sections that define thermal stratification in a lake. The epilimnion is closest to the water surface and absorbs long- and shortwave radiation to warm the water surface. During cooler months, wind shear can contribute to cooling of the water surface. The thermocline is an area within the water column where water temperatures rapidly decrease. [14] The bottom layer is the hypolimnion, which tends to have the coldest water because its depth restricts sunlight from reaching it. [14] In temperate lakes, fall-season cooling of surface water results in turnover of the water column, where the thermocline is disrupted, and the lake temperature profile becomes more uniform. The relative thermal resistance is the energy needed to mix these strata of different temperatures. [15]

An annual heat budget, also shown as θa, is the total amount of heat needed to raise the water from its minimum winter temperature to its maximum summer temperature. This can be calculated by integrating the area of the lake at each depth interval (Az) multiplied by the difference between the summer (θsz) and winter (θwz) temperatures or

Nitrogen and phosphorus are ecologically significant nutrients in aquatic systems. Nitrogen is generally present as a gas in aquatic ecosystems however most water quality studies tend to focus on nitrate, nitrite and ammonia levels. [12] Most of these dissolved nitrogen compounds follow a seasonal pattern with greater concentrations in the fall and winter months compared to the spring and summer. [12] Phosphorus has a different role in aquatic ecosystems as it is a limiting factor in the growth of phytoplankton because of generally low concentrations in the water. [12] Dissolved phosphorus is also crucial to all living things, is often very limiting to primary productivity in freshwater, and has its own distinctive ecosystem cycling. [14]

One way to classify lakes (or other bodies of water) is with the trophic state index. [2] An oligotrophic lake is characterised by relatively low levels of primary production and low levels of nutrients. A eutrophic lake has high levels of primary productivity due to very high nutrient levels. Eutrophication of a lake can lead to algal blooms. Dystrophic lakes have high levels of humic matter and typically have yellow-brown, tea-coloured waters. [2] These categories do not have rigid specifications; the classification system can be seen as more of a spectrum encompassing the various levels of aquatic productivity.

People who study limnology are called limnologists. There are many professional organizations related to limnology and other aspects of the aquatic science, including the Association for the Sciences of Limnology and Oceanography, the Asociación Ibérica de Limnología, the International Society of Limnology, the Polish Limnological Society, the Society of Canadian Limnologists, and the Freshwater Biological Association.