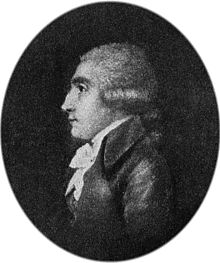 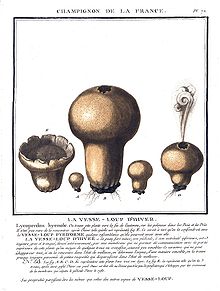 Jean Baptiste François Pierre Bulliard[ needs French IPA] (also Pierre Bulliard; 24 November 1752, in Aubepierre-sur-Aube Haute-Marne – 26 September 1793, in Paris) [1] was a French physician and botanist. The standard author abbreviation Bull. is used to indicate this person as the author when citing a botanical name. [2]

Bulliard studied in Langres, where he became interested in natural history, and afterwards a position was obtained for him in the abbey in Clairvaux and later he moved to Paris where he study medicine. There he also practiced as a physician. He tutored the son of General Claude Dupin (1686-1769). He was an able draughtsman and also learnt to engrave. He invented a way of printing natural history plates in colour and used the method in his own publications.

In 1779 he commenced a work on the poisonous plants of France. It was seized by the police on the grounds that it was a dangerous work. [3]

Bulliard's Dictionnaire Elémentaire de Botanique (1783) contributed to the spreading and consolidation of botanical terminology and the Linné system. It was especially important in the area of the mycology, containing descriptions of 393 out of 602 table mushrooms.

Significant species he described include the cep ( Boletus edulis) and the common inkcap ( Coprinopsis atramentaria).