Heinrich Caesar Berann (March 31, 1915 in Innsbruck - December 4, 1999 in Lans, Austria) was an Austrian painter and cartographer. He achieved world fame with his panoramic maps that combined modern cartography with classical painting. His work includes maps of Olympic Games sites, of mountainous regions published in the National Geographic Magazine, and four panorama posters of national parks published by the U.S. National Park Service. [1]

Berann was born into a family of sculptors and painters in Innsbruck, in the Austrian Tyrol. Between 1930 and 1933, he studied painting at the Federal School of Art and Design in Innsbruck, but was unable to survive solely as a painter during the Great Depression. After graduating, he worked as a freelance artist and graphic designer. [1]

In 1934 he won a competition to produce a panoramic map of Grossglockner High Alpine Road, a newly opened mountain road, which led to commissions to paint landscapes for cartographic or tourism purposes.

He married Ludmilla Herold in 1941. The couple had two daughters, Elisabeth and Angela. His military service in the German army, which sent him to Norway and northern Finland in 1942, also contributed to his artistic style. [1]

In 1977, he painted the topographic map of ocean floors by Marie Tharp and Bruce C. Heezen continuing work he started at National Geographic. 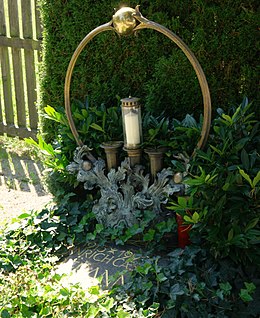 He combined traditional and modern techniques to develop a style of "mountainscape painting" and the "modern panoramic map" that made him famous.

"There's just something absolutely magical about his panoramas," according to Tom Patterson, a senior cartographer for the U.S. National Park Service. [3]

Berann used creative distortion in his work. For example his painting of Denali vertically exaggerated the heights by a factor of two, with additional exaggeration for the peak at the center of the painting. In his painting of Yellowstone National Park the size of the Old Faithful geyser and the park lodge were also exaggerated. Other distortions in his paintings include a visual opening up of the tightly packed canyons of North Cascades National Park. [3]

His use of clouds on the horizon sometimes creates a vanishing-point effect or balances other objects on the horizon. He also emphasized lakes and other bodies of water, showing reflections of the mountains or glints of sunlight to attract the viewer's eye. [3]

Colors in his paintings are extremely vivid when viewed up close, but when viewed from a normal distance mix into more natural hues. [3]

His work was often painstaking. For example on his 1966 panorama of the Himalayas for National Geographic he observed the mountains extensively including flying around Mount Everest in a chartered plane. Mountain climbers gathered over 100 photos for his use. Berann then spent 600 hours to paint the mountainscape. [3]