From Wikipedia
https://en.wikipedia.org/wiki/Galaxy_cluster
Not to be confused with galactic cluster.
Structure made up of a gravitationally-bound aggregation of hundreds of galaxies 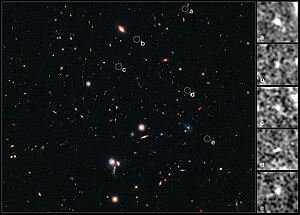 A galaxy cluster, or cluster of galaxies, is a structure that consists of anywhere from hundreds to thousands of galaxies that are bound together by gravity [1] with typical masses ranging from 1014–1015 solar masses. They are the largest known gravitationally bound structures in the universe and were believed to be the largest known structures in the universe until the 1980s, when superclusters were discovered. [2] One of the key features of clusters is the intracluster medium (ICM). The ICM consists of heated gas between the galaxies and has a peak temperature between 2–15 keV that is dependent on the total mass of the cluster. Galaxy clusters should not be confused with star clusters, such as galactic clusters—also known as open clusters—which are structures of stars within galaxies, or with globular clusters, which typically orbit galaxies. Small aggregates of galaxies are referred to as galaxy groups rather than clusters of galaxies. The galaxy groups and clusters can themselves cluster together to form superclusters.

Notable galaxy clusters in the relatively nearby Universe include the Virgo Cluster, Fornax Cluster, Hercules Cluster, and the Coma Cluster. A very large aggregation of galaxies known as the Great Attractor, dominated by the Norma Cluster, is massive enough to affect the local expansion of the Universe. Notable galaxy clusters in the distant, high-redshift Universe include SPT-CL J0546-5345 and SPT-CL J2106-5844, the most massive galaxy clusters found in the early Universe. In the last few decades, they are also found to be relevant sites of particle acceleration, a feature that has been discovered by observing non-thermal diffuse radio emissions, such as radio halos and radio relics. Using the Chandra X-ray Observatory, structures such as cold fronts and shock waves have also been found in many galaxy clusters. 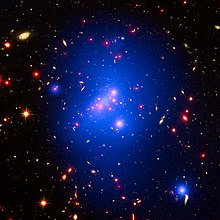 Galaxy cluster IDCS J1426 is located 10 billion light-years from Earth and has the mass of almost 500 trillion suns. [3]

There are three main components of a galaxy cluster. They are tabulated below:[ citation needed] 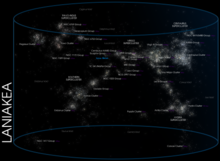 The Laniakea supercluster with many galaxy clusters
Main article: List of galaxy groups and clusters 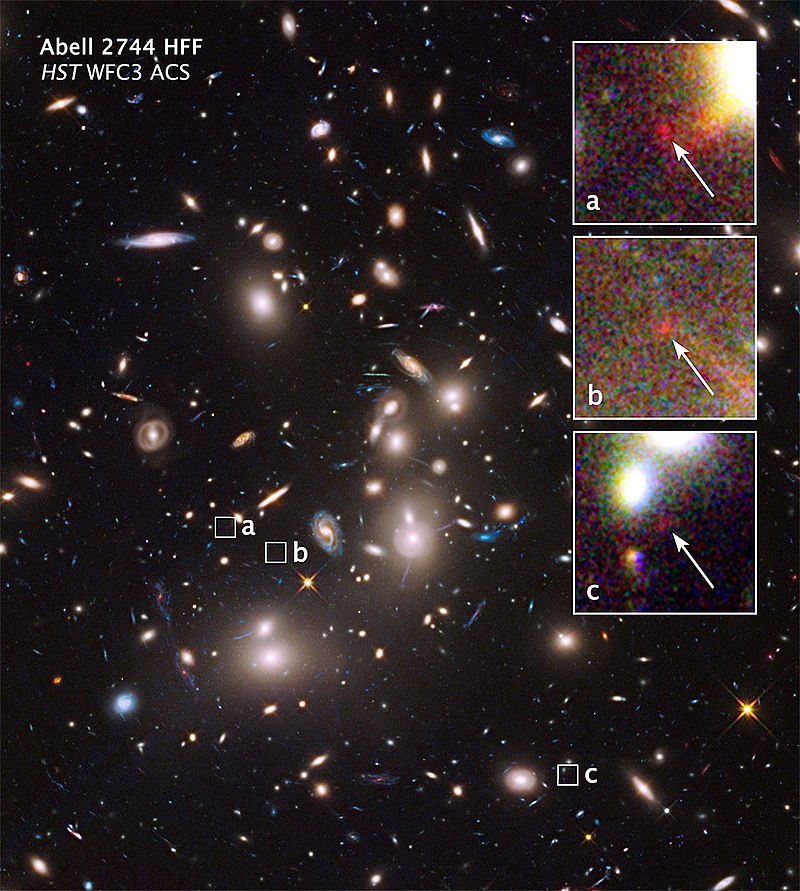