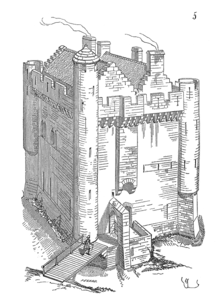 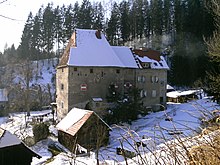 Schloss Hart by the Harter Graben near Kindberg, Austria 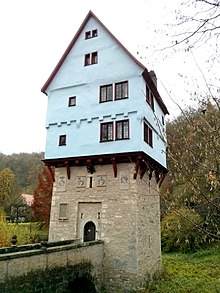 A fortified house is a type of building which developed in Europe during the Middle Ages, generally with significant fortifications added.

In the United States, historically a fortified house was often called a fort or station depending on the region. This was a building built for defense against primarily Indian attacks in frontier areas. While some fortified houses were sometimes used by militias, state and federal military units, their primary purpose was for private or civilian defense. Sometimes a stockade would surround the building(s). [1]

Examples of historic private or civilian fortified houses built include;