Dario Argento (Italian:  [ˈdaːrjo arˈdʒɛnto]; born 7 September 1940) is an Italian film director, producer, screenwriter, actor and critic. His influential work in the horror genre during the 1970s and 1980s, particularly in the subgenre known as giallo, has led him to being referred to as the "Master of the Thrill" [2] and the "Master of Horror". [3]

Argento was born in Rome, the son of a Sicilian film producer and executive Salvatore Argento (1914–1987) and a Brazilian photographer Elda Luxardo, who was of Italian ancestry. He began his career in film as a critic, writing for magazines while still attending high school. Argento did not attend college, electing rather to take a job as a columnist at the newspaper Paese Sera. While working at the newspaper, Argento also began working as a screenwriter. His most notable work was for Sergio Leone; Bernardo Bertolucci and he collaborated on the story for the Spaghetti Western Once Upon a Time in the West.

Argento began work on his directorial debut, the giallo film The Bird with the Crystal Plumage (L'uccello dalle piume di cristallo, 1970), which was a major hit in Italy. Argento continued to concentrate largely on the giallo genre, directing two more successful thrillers, The Cat o' Nine Tails (Il gatto a nove code, 1971) and Four Flies on Grey Velvet (4 mosche di velluto grigio, 1972). Along with The Bird with the Crystal Plumage, these three films are frequently referred to as Argento's "Animal Trilogy". The director then turned his attention away from giallo movies, filming two Italian TV dramas and a period comedy, The Five Days (Le cinque giornate, 1973). Argento returned to thrillers with Deep Red (1975), frequently cited by many critics as the best giallo ever made. The film made Argento known internationally and inspired other directors to work in the genre. John Carpenter has frequently referred to the influence Argento's early work had on Halloween (1978).

Argento's next film was Suspiria (1977), a supernatural horror. Argento planned for Suspiria to be the first of a trilogy about "The Three Mothers", three ancient witches residing in three different modern cities. The second film of the trilogy was 1980's Inferno. The Mother of Tears (2007) concluded the trilogy.

In 1978, Argento collaborated with George A. Romero on Dawn of the Dead, earning a producer credit and also providing soundtrack work for the zombie film. Argento oversaw the European release of the film, where it was titled Zombi, which was much shorter and featured more of the score written and performed by Goblin.

After Inferno, Argento returned to the more conventional giallo style with Tenebrae (1982). He then attempted to combine giallo and supernatural fantasy in 1985's Phenomena, also known as Creepers, which was one of Jennifer Connelly's earliest movies. Phenomena also showed Argento's predilection for using new technology, as evidenced by the film's several prowling Steadicam shots. Both films received a lukewarm reception upon their release (although each has been positively reappraised since).[ citation needed] 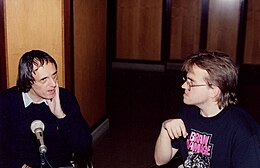 Opera followed in 1987. Set in Parma's Regio Theatre during a production of Verdi's Macbeth, the production was beset by real-life misfortunes that Argento suspected were caused by the supposed traditional "curse" on the Shakespearean play. Argento's father died during its production, Vanessa Redgrave quit the project before filming began, he had problems working with his former long-time girlfriend and collaborator Daria Nicolodi on-set, and the cast and crew were plagued by several minor accidents and mishaps.

In 1987–88, Argento produced a TV series called Turno di Notte, which had 15 episodes. Nine of the shows were directed by Luigi Cozzi, the other six by Lamberto Bava. Daria Nicolodi and Asia Argento starred in several of the episodes.

During the early 1990s, Argento was in the process of collaborating with Italian director Lucio Fulci on a horror film. Due to financial trouble, the project was continually postponed. In 1996, Argento was able to gather funding, but was unable to collaborate with Fulci, who died in March that year. The film was later directed by Sergio Stivaletti as Wax Mask, with Argento and Fulci both receiving screenwriting credits.

In 1992, Argento filmed Trauma, starring his daughter Asia Argento, in Minneapolis, MN. It is largely a traditional giallo, but in an American setting. Like many of Argento's films, it contains an optical illusion witnessed by a character stumbling upon a murder, but he or she, like the audience, misinterprets the nature of the crime. This cinematic sleight-of-hand is one of Argento's recurring motifs.

His 1996 film The Stendhal Syndrome, in which a policewoman (played by Argento's daughter, Asia) who suffers from Stendhal syndrome is trapped by a serial killer in an abandoned warehouse, was the first Italian film to use computer-generated imagery. Moreover, the film's opening scene was shot in Florence at Italy's famed Uffizi Gallery. Argento is the only director ever granted permission to shoot there. The Stendhal Syndrome was distributed in the U.S. by cult B-movie distribution company Troma Entertainment. He later directed 1998's The Phantom of the Opera and 2001's Sleepless.

2004's The Card Player, a giallo about a killer whose murders are conducted during Internet poker matches with the Rome police, earned a mixed reception; some fans appreciated the techno music score composed by ex-Goblin member Claudio Simonetti, but felt the film was too mainstream, with little of Argento's usual flourish.

In the 2005 TV broadcast of Argento's Do You Like Hitchcock?, the director paid homage to Alfred Hitchcock after decades of being compared to him by critics. Later that year, he directed an episode of Masters of Horror, a Showtime television series, called " Jenifer". For season two of the series, Argento directed " Pelts", an adaption of the F. Paul Wilson short story of the same name.

In 2007, Argento finished the final film of his Three Mothers trilogy, The Mother of Tears, which is set in Rome and centers on the titular "third mother", Mater Lacrimarum. Argento and Jace Anderson share writing credits for the film. Asia Argento was cast as the lead player, along with her mother and frequent Argento collaborator Daria Nicolodi in a supporting role. Udo Kier, who appeared in Argento's Suspiria, and Coralina Cataldi-Tassoni, who appeared in three of his previous films, both have pivotal roles in the final Mothers chapter.

On 26 June 2009, Giallo premiered at the Edinburgh Film Festival. The following month, he announced that he had started working on a 3D remake of Deep Red, [4] but subsequently this project was shelved due to the commercial failure of Giallo in Italian cinemas. He then announced his decision to write a new screenplay . [5] On 4 March 2011, it was announced that Rutger Hauer had signed on to play Van Helsing in Argento's Dracula 3D, which began shooting in Budapest later in the year. [6] It was released on 19 May 2012.

In 2014, Argento was slated to direct The Sandman, which had Iggy Pop attached to star and a script by David Tully. The film successfully raised over $195,000 from over 1,000 backers on Indiegogo in December 2014. [7] However, filming has not commenced as of 2019, and the project producers have not updated the film's status to backers since August 2017. [8]

Italian director Luca Guadagnino helmed Suspiria (2018), a remake of Argento's 1977 film. The American screenplay is based on the original script Argento wrote with Daria Nicolodi, his former long-term partner.

In 2019, Argento announced that he was developing a female-led serial movie, consisting of eight episodes, for a streaming service. [9]

He is involved in a horror memorabilia store located at Via dei Gracchi 260 in Rome named Profondo Rosso, after his classic film Deep Red. In the cellar is a collection of his movies. The store is managed by his long-time collaborator and friend Luigi Cozzi. [11] [12] [13] [14]

He has contributed in the development of the survival horror video game Dead Space, and also in the dubbing of the Dr. Kyne character in the Italian version of the game. [15]

He is acting as an artistic director on Clod Studio's upcoming video game Dreadful Bond. [16]

Between 1968 and 1972, Argento was married to Marisa Casale, the great-granddaughter of Italian composer, pianist, and conductor Alfredo Casella. Argento and Casale had one child, actress and costume designer Fiore Argento (born in 1970).

Maitland McDonagh wrote about Argento in her book Broken Mirrors/Broken Minds: The Dark Dreams of Dario Argento (1991). Argento is also the subject of Art of Darkness, a collection of critical essays, reviews, promotional stills, and poster art edited by Chris Gallant. British journalist Alan Jones published Profondo Argento, a compendium of set reports, interviews, and biographical detail. English sound designer, writer, and musician Heather Emmett published Sounds to Die For: Speaking the Language of Horror Film Sound, which includes the first in-depth study of the use of sound in Argento's films. [17]

In 2012, Argento was highlighted in the retrospective Argento: Il Cinema Nel Sangue at the Museum of Arts and Design in New York City. The retrospective celebrated the influence of the Argento family on filmmaking in Italy and around the world. It highlighted Dario's contribution, as well as that of his father (Salvatore), brother (Claudio), ex-wife (Daria Nicolodi) and daughter (Asia). [18] [19] [20]

With the exceptions of The Stendhal Syndrome and Sleepless, all of Argento's films since the "golden age" of the 1970s and 1980s have been generally poorly received by critics and fans alike, including Argento scholars such as Maitland McDonagh. Fangoria wrote in 2010, "over the last decade, standards have slipped. For a filmmaker who was always so precise in his construction and cutting, his later films such as The Phantom of the Opera and The Card Player are sloppy, stitched together so carelessly that they leak vital fluid. Gradually, the kaleidoscopic style that once characterized his films has slowly blanched away." [21]