From Wikipedia
https://en.wikipedia.org/wiki/Culture_shock
Experience one may have when moving to a cultural environment which is different from one's own
For other uses, see Culture shock (disambiguation). 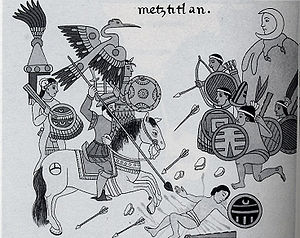 The encounter with the conquerors with steel and horses shocked the Aztecs, so they confused the Europeans with prophets from the east. 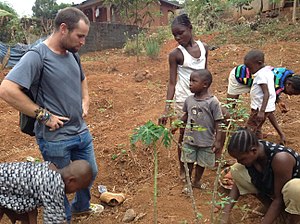 Traveler from Australia visiting a small farm in Sierra Leone.

Culture shock is an experience a person may have when one moves to a cultural environment which is different from one's own; it is also the personal disorientation a person may feel when experiencing an unfamiliar way of life due to immigration or a visit to a new country, a move between social environments, or simply transition to another type of life. [1] One of the most common causes of culture shock involves individuals in a foreign environment. Culture shock can be described as consisting of at least one of four distinct phases: honeymoon, negotiation, adjustment, and adaptation.

According to acculturation model, people will initially have (1) honeymoon period, and then there will be (2) transition period, that is, cultural shock. This period may be marked by rejection of the new culture, as well as romanticizing one's home culture. But then, with some time and perhaps help from local people or other culture brokers, people will start to (3) adapt (the dotted line depicted some people hated by new cultures instead). And (4) refers to some people returning to their own places and re-adapting to the old culture.

Kalervo Oberg first proposed his model of cultural adjustment in a talk to the Women's Club of Rio de Janeiro in 1954. [4] [5] [6]

During this period, the differences between the old and new culture are seen in a romantic light. For example, in moving to a new country, an individual might love the new food, the pace of life, and the locals' habits. During the first few weeks, most people are fascinated by the new culture. They associate with nationals who speak their language, and who are polite to the foreigners. Like most honeymoon periods, this stage eventually ends. [7]

After some time (usually around three months, depending on the individual), differences between the old and new culture become apparent and may create anxiety. Excitement may eventually give way to unpleasant feelings of frustration and anger as one continues to experience unfavorable events that may be perceived as strange and offensive to one's cultural attitude. Language barriers, stark differences in public hygiene, traffic safety, food accessibility and quality may heighten the sense of disconnection from the surroundings. [8]

While being transferred into a different environment puts special pressure on communication skills, there are practical difficulties to overcome, such as circadian rhythm disruption that often leads to insomnia and daylight drowsiness; adaptation of gut flora to different bacteria levels and concentrations in food and water; difficulty in seeking treatment for illness, as medicines may have different names from the native country's and the same active ingredients might be hard to recognize.

Still, the most important change in the period is communication: People adjusting to a new culture often feel lonely and homesick because they are not yet used to the new environment and meet people with whom they are not familiar every day. The language barrier may become a major obstacle in creating new relationships: special attention must be paid to one's and others' culture-specific body language signs, linguistic faux pas, conversation tone, linguistic nuances and customs, and false friends.

In the case of students studying abroad, some develop additional symptoms of loneliness that ultimately affect their lifestyles as a whole. Due to the strain of living in a different country without parental support, international students often feel anxious and feel more pressure while adjusting to new cultures—even more so when the cultural distances are wide, as patterns of logic and speech are different and a special emphasis is put on rhetoric.

Again, after some time (usually 6 to 12 months), one grows accustomed to the new culture and develops routines. One knows what to expect in most situations and the host country no longer feels all that new. One becomes concerned with basic living again, and things become more "normal". One starts to develop problem-solving skills for dealing with the culture and begins to accept the culture's ways with a positive attitude. The culture begins to make sense, and negative reactions and responses to the culture are reduced. [9]

In the mastery stage individuals are able to participate fully and comfortably in the host culture. Mastery does not mean total conversion; people often keep many traits from their earlier culture, such as accents and languages. It is often referred to as the bicultural stage.

Reverse culture shock (also known as "re-entry shock" or "own culture shock" [13]) may take place—returning to one's home culture after growing accustomed to a new one can produce the same effects as described above. [14] [15] These are results from the psychosomatic and psychological consequences of the readjustment process to the primary culture. [16] The affected person often finds this more surprising and difficult to deal with than the original culture shock. This phenomenon, the reactions that members of the re-entered culture exhibit toward the re-entrant, and the inevitability of the two are encapsulated in the following saying, also the title of a book by Thomas Wolfe: You Can't Go Home Again.

Reverse culture shock is generally made up of two parts: idealization and expectations. When an extended period of time is spent abroad we focus on the good from our past, cut out the bad, and create an idealized version of the past. Secondly, once removed from our familiar setting and placed in a foreign one we incorrectly assume that our previous world has not changed. We expect things to remain exactly the same as when we left them. The realization that life back home is now different, that the world has continued without us, and the process of readjusting to these new conditions as well as actualizing our new perceptions about the world with our old way of living causes discomfort and psychological anguish. [17]

There are three basic outcomes of the adjustment phase: [18]

Culture shock has many different effects, time spans, and degrees of severity. [21] Many people are handicapped by its presence and do not recognize what is bothering them.[ citation needed]