From Wikipedia
https://en.wikipedia.org/wiki/Carte_de_visite
Type of small photograph with the size of a visiting card

Box with cartes de visite of members of the Regout family, Netherlands, c. 1865

1859 carte de visite of Napoleon III by Disdéri, which popularized the CdV format 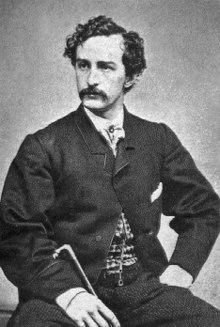 The carte de visite [1] (French:  [kaʁt də vizit], visiting card), abbreviated CdV, was a type of small photograph which was patented in Paris by photographer André Adolphe Eugène Disdéri in 1854, although first used by Louis Dodero. [2] [3] Each photograph was the size of a visiting card, and such photograph cards were commonly traded among friends and visitors in the 1860s. Albums for the collection and display of cards became a common fixture in Victorian parlors. The immense popularity of these card photographs led to the publication and collection of photographs of prominent persons.

The carte de visite was usually made of an albumen print, which was a thin paper photograph mounted on a thicker paper card. The size of a carte de visite is 54.0 mm (2.125 in) × 89 mm (3.5 in) mounted on a card sized 64 mm (2.5 in) × 100 mm (4 in). In 1854, Disdéri had also patented a method of taking eight separate negatives on a single plate, which reduced production costs. The carte de visite was slow to gain widespread use until 1859, when Disdéri published Emperor Napoleon III's photos in this format. [4] This made the format an overnight success. The new invention was so popular that its usage became known as "cardomania" [5] and spread quickly throughout Europe and then to America and the rest of the world.

By the early 1870s, cartes de visite were supplanted by " cabinet cards", which were also usually albumen prints, but larger, mounted on cardboard backs measuring 110 mm (4.5 in) by 170 mm (6.5 in). Cabinet cards remained popular into the early 20th century, when Kodak introduced the Brownie camera and home snapshot photography became a mass phenomenon.

The carte de visite photograph proved to be a very popular item during the American Civil War. Soldiers, friends and family members would have a means of inexpensively obtaining photographs and sending them to loved ones in small envelopes. Photos of Abraham Lincoln, Ulysses S. Grant, and other celebrities of the era became instant hits in the North. People were not only buying photographs of themselves, but also collecting photographs of celebrities. [6]