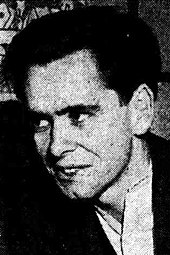 Smith was born in Balmain, Sydney of Charles Smith and Rose Anne Tierney on 3 October 1916. Born an illegitimate child, he was a ward of the state and raised in fostered care. In 1941, he married his first wife, Kate Challis, who died in 1989. Smith married his second wife, Margaret Forster, in 1995 and subsequently separated.

Smith was educated at the University of Sydney. Between 1935 and 1944 he taught in the NSW Department of Education. After that he served as an education officer for the Art Gallery of NSW country art exhibitions programme from 1944. In 1948, he won a scholarship to study at the Warburg and Courtauld Institutes, University of London. On his return to Australia in 1951, Smith returned to his position at the art gallery. In 1952, Smith was awarded a research scholarship at the newly established Australian National University, where he completed a PhD European Vision and the South Pacific which was published in 1960 by Oxford University Press.

He was a lecturer and then a senior lecturer in the University of Melbourne's Fine Arts Department (1955–1967). In 1959, he convened a group of seven emerging figurative painters known as the Antipodeans, which organised its only exhibition in August 1959 and with them composed The Antipodean Manifesto. Between 1963 and 1966, he worked as an art critic for The Age newspaper, Melbourne.

In 1967, the Smiths moved to Sydney, where Smith became the founding Professor of Contemporary Art and director of the Power Institute of Fine Arts, University of Sydney, a position he held until his retirement in 1977.

In 1977, the Smiths returned to Melbourne, and Smith became the president of the Australian Academy of the Humanities, until 1980. Later, he was a professorial fellow in the department of Art History at the University of Melbourne.

In 1980 he presented "The Boyer Lectures" on the theme of "The Spectre of Trunganini" which was one of the first public condemnations of the Australian government's policy of removing Australian Aboriginal and Torres Strait Islander children from their families, now known as The Stolen Generations.

Smith was a recipient, Chevalier, of the Ordre des Arts et des Lettres.