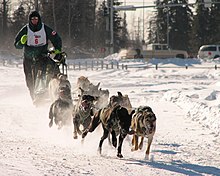 Anthrozoology, also known as human–nonhuman-animal studies (HAS), is the subset of ethnobiology that deals with interactions between humans and other animals. It is an interdisciplinary field that overlaps with other disciplines including anthropology, ethnology, medicine, psychology, social work, veterinary medicine, and zoology. A major focus of anthrozoologic research is the quantifying of the positive effects of human–animal relationships on either party and the study of their interactions. [1] It includes scholars from fields such as anthropology, sociology, biology, history and philosophy. [2] [3] [4]

Anthrozoology scholars, such as Pauleen Bennett recognize the lack of scholarly attention given to non-human animals in the past, and to the relationships between human and non-human animals, especially in the light of the magnitude of animal representations, symbols, stories and their actual physical presence in human societies. Rather than a unified approach, the field currently consists of several methods adapted from the several participating disciplines to encompass human–nonhuman animal relationships and occasional efforts to develop sui generis methods.

Growth of the field

In the UK, the University of Exeter runs an MA in Anthrozoology which explores human–animal interactions from anthropological (cross-cultural) perspectives. Human animal interactions (HAI) involving companion animals are also studied by the Waltham Centre for Pet Nutrition, which partners with the US National Institutes of Health to research HAI in relation to child development and aging. [6]

There are now over a dozen journals covering HAS issues, many of them founded in the last decade, and hundreds of HAS books, most of them published in the last decade (see for example, Humanimalia). Brill, Berg, Johns Hopkins, Purdue, Columbia, Reaktion, Palgrave-Macmillan, University of Minnesota, University of Illinois, and Oxford all offer either a HAS series or a large number of HAS books.

In addition, in 2006, Animals and Society Institute (ASI) began hosting the Human-Animal Studies Fellowship, a six-week program in which pre- and post-doctoral scholars work on a HAS research project at a university under the guidance of host scholars and distance peer scholars. Beginning in 2011, ASI has partnered with Wesleyan Animal Studies, who will be hosting the fellowship in conjunction with ASI. There are also a handful of HAS conferences per year, including those organized by ISAZ and NILAS, and the Minding Animals conference, held in 2009 in Australia. Finally, there are more HAS courses being taught now than ever before. The ASI website lists over 300 courses (primarily in North America, but also including Great Britain, New Zealand, Australia, Germany, and Poland) in twenty-nine disciplines at over 200 colleges and universities, not including over 100 law school courses.