Additional properties of the number 42 include:

The Hitchhiker's Guide to the Galaxy

The Answer to the Ultimate Question of Life, The Universe, and Everything.

The number 42 is, in The Hitchhiker's Guide to the Galaxy by Douglas Adams, the " Answer to the Ultimate Question of Life, the Universe, and Everything", calculated by an enormous supercomputer named Deep Thought over a period of 7.5 million years. Unfortunately, no one knows what the question is. Thus, to calculate the Ultimate Question, a special computer the size of a small planet was built from organic components and named "Earth". The Ultimate Question "What do you get when you multiply six by nine" [26] was found by Arthur Dent and Ford Prefect in the second book of the series, The Restaurant at the End of the Universe. This appeared first in the radio play and later in the novelization of The Hitchhiker's Guide to the Galaxy. The fact that Adams named the episodes of the radio play "fits", the same archaic title for a chapter or section used by Lewis Carroll in The Hunting of the Snark, suggests that Adams was influenced by Carroll's fascination with and frequent use of the number. The fourth book in the series, the novel So Long, and Thanks for All the Fish, contains 42 chapters. According to the novel Mostly Harmless, 42 is the street address of Stavromula Beta. In 1994 Adams created the 42 Puzzle, a game based on the number 42.

The book 42: Douglas Adams' Amazingly Accurate Answer to Life, the Universe and Everything (2011) [27] examines Adams' choice of the number 42, and contains a compendium of some instances of the number in science, popular culture, and humour.

Google also has a calculator easter egg when you search "The Answer to the Ultimate Question of Life, The Universe, and Everything." Once typed (all in lowercase), the calculator answers with the number 42.

Lewis Carroll, who was a mathematician, [28] made repeated use of this number in his writings. [29]

Examples of Carroll's use of 42: 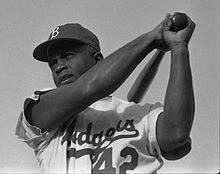