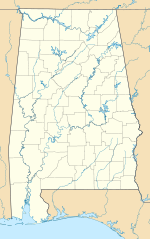 The Yokohama Tire LPGA Classic is a women's professional golf tournament on the LPGA Tour. The 72-hole event made its debut thirteen years ago in September 2007 at the Capitol Hill location on the Robert Trent Jones Golf Trail in Prattville, Alabama, a suburb northwest of Montgomery. Maria Hjorth won the inaugural event on the Senator Course by one stroke over Stacy Prammanasudh. [2]

The Senator Course at RTJ Capitol Hill converted its greens from bent grass to Champion Bermuda grass in the summer of 2011. [8] The title sponsor was Navistar International, a manufacturer of commercial trucks, engines, and school buses. Following the 2012 event, it elected not to continue as title sponsor, and the tournament was dropped from the schedule in 2013. [9] [10] The tournament reappeared in 2014 when the Yokohama Tire Corporation took over as the title sponsor. [11]

Formerly played later in the season, it was moved up in the schedule to May in 2016. The LPGA Tour event in Mobile, last played as the Airbus LPGA Classic in 2014, was held in May at an RTJ Golf Trail course.