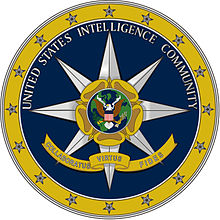 Pursuant to a suggestion by 9/11 Commission, the Director of National Intelligence (DNI) released the top line amount given to the NIP for fiscal year 2009 as US$49.8 billion. [1] This amount has been on a gradually rising trend with record budget requests in 2017 and 2018 of US$54.9 billion and US$57.7 billion respectively. This amount excludes the US$20.7 billion requested for the Military Intelligence Program, which has been recovering from a post-Iraq war 2015 low of US$16.5 billion. [2]

In 2007, it was revealed that 70% of the intelligence budget went to defense contracting companies. [3]

Experts estimate that total spending on American military and non-military intelligence during the Cold War peaked at $71 billion (in 2013 dollars) in the late 1980s. By 1994 spending for the non-military National Intelligence Program (NIP) had declined to $43.4 billion. Fiscal 2013 intelligence spending exceeded the Cold War peak, at $52.6 billion for NIP and $23 billion for military intelligence programs. In constant dollars it is about double the estimated 2001 budget and 25% greater than the 2006 budget. From the September 11 attacks on the United States in 2001 to 2013, the government has spent more than $500 billion on intelligence. [4]

The National Intelligence Program, under budgetary control of the DNI, comprises the agencies and programs formerly under the National Foreign Intelligence Program. This adjustment was made to better include domestic intelligence programs and intelligence arms of the Department of Homeland Security. [5] According to the classified budget documents leaked by Edward Snowden in 2013, the NIP is distributed among agencies in the following manner [4]: This is an unverifiable source, noting that the original source is allegedly classified by the US Government. Original documents to verify this information are unavailable.

An unclassified PowerPoint presentation obtained by Tim Shorrock for a 2007 DIA acquisition conference shows that 70% of the intelligence budget went to defense contractors. In response, the ODNI stated that the overall intelligence budget, or breakdowns of it, could not be calculated based on the figures in the presentation. [3]

According to DIA officials who spoke to a May 2007 Defense Intelligence Acquisition Conference in Colorado, DIA contractors are filling a "workforce gap" that exists at DIA and most of the other agencies. During the 1990s, as intelligence budgets contracted, hundreds of career DIA officers retired and left the intelligence community. When the DIA began hiring new people after 9/11, the veteran officers who should have been around to train and mentor them were gone. But because it takes five to seven years to train a new officer, there was a "generational hole" that could only be filled by former intelligence officers with security clearances; and most of them were working in the private sector.

General Michael Hayden, former director of the NSA, and later director of the CIA, has stated that the IT infrastructure at Fort Meade (home to the NSA headquarters) is owned by a single company. Hayden also claims that the largest concentration of computing power in the world is located at an office park near Fort Meade, featuring the operations of various NSA contracting companies. [8]

It takes just over three years for a budget to complete a full cycle from development to execution.

See The United States Budget Process for more information regarding the budget process and cycle.

The U.S. Congress derives its oversight powers of the intelligence budget from Article I, Section 9, paragraph 7, of the U.S. Constitution that states, "No Money shall be drawn from the Treasury, but in Consequence of Appropriations made by Law." Congress's authorization and appropriation functions consist of approving programs and activities, and allocating precise dollar amounts to be authorized programs respectively. [9]

At the end of each October since 2008, the Director of National Intelligence discloses the aggregate amount of funds appropriated by Congress to the NIP for the next fiscal year within 30 days after the end of the fiscal year, as required by Public Law 110-53. The press release has the following disclaimer: "Any and all subsidiary information concerning the NIP budget, whether the information concerns particular intelligence agencies or particular intelligence programs, will not be disclosed. Beyond the disclosure of the NIP top-line figure, there will be no other disclosures of currently classified NIP budget information, because such disclosures could harm national security. The only exceptions to the foregoing are for unclassified appropriations, primarily for the Community Management Account."