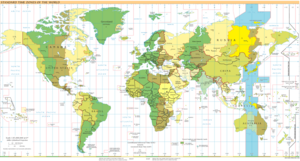 During the Japanese occupations of British Borneo, Burma, Hong Kong, Dutch East Indies, Malaya, Philippines, Singapore, and French Indochina, it was used as a common time with Tokyo until the fall of the Empire of Japan.