Tipton County is a county located on the western end of the U.S. state of Tennessee, in the Mississippi Delta region. As of the 2010 census, the population was 61,081. [2] Its county seat is Covington. [3]

The Tipton Phase and some of its associated sites

From about 10,000 BCE, Paleo-Indians and later Archaic-Indians lived as communities of hunter-gatherers in the area that covers the modern day southern United States. [4] [5] From approximately 800 CE to 1600 CE, the Mississippi Delta was populated by tribes of the Mississippian culture, a mound-building Native American people who had developed in the late Woodland Indian period. [5] [6] While there were chiefdoms and centers along the Mississippi and its tributaries, their major center was at Cahokia, in present-day Illinois east of St. Louis, Missouri.

The Tipton Phase people were a local expression of the Mississippian culture. They still inhabited the region of modern-day Tipton County during the time of first contact with Europeans, at the arrival of the Spanish Hernando de Soto Expedition. By the end of the Mississippian period, the land was claimed and populated by the Chickasaw tribe. [7] The exact origins of the Chickasaw are uncertain. [8]

Around 1800, Europeans began settling the Chickasaw-inhabited lands east of the Mississippi River. Chickasaw land in what became known as West Tennessee and southwestern Kentucky was ceded in the Jackson Purchase. Both states grew considerably as a result of this purchase. [9] In 1818, both sides agreed to the transfer by signing the Treaty of Tuscaloosa. [10] The Chickasaw were to be paid annuities for 15 years, but the United States was often late with payment, or forced the people to take the value in goods. These were often delayed or were of poor quality.

Due to topographic changes caused by the 1811–12 New Madrid earthquakes, part of what is now Tipton County was cut off from the state of Tennessee by a change in the course of the Mississippi River. The earthquake changed the course of the river near the settlement of Reverie, Tennessee. The old riverbed is west of Reverie. The river now runs east of Reverie, putting Reverie on the Arkansas side, while most of the area of Tipton County is located east of the river, on the Tennessee side. [11]

Tipton County attracted American settlers who established cotton plantations on its fertile soils and either brought or purchased enslaved African Americans as field laborers and house servants. This area was part of the cotton culture associated with the Mississippi Delta, which extended down to the Yazoo River in Mississippi. With the increase in population, the county was established on October 29, 1823 from parts of Shelby County, which borders Tipton County in the south. The land was former Chickasaw Indian territory. The county was named for Jacob Tipton (1765–1791), whose direct ancestor allegedly was Sir Anthony de Tipton, who in 1282, is said to have slain the Prince of Wales at the Battle of Snowdon. Jacob's father, who was from Armistead Blevins, supervised the organization of Shelby County. Jacob Tipton was killed by Native Americans in 1791 during the conflict over the Northwest Territory. [1] Jacob Tipton was the son of John Tipton, a rival of John Sevier during Tennessee's State of Franklin period. [12]

Early Mississippi River steamboat commerce flourished in Tipton County. In 1830, the community of Randolph, one of the earliest settlements in Tipton County, was the most important shipping point in Tennessee and an early rival of Memphis for commercial supremacy. But its fortunes declined in later years. [13] Riverboat traffic gradually yielded to freight being shipped by railroad. The first rail service in Tipton County was established in December 1855, when the Memphis and Ohio Railroad completed the route from Memphis to Nashville, running through what is now Mason.

Two Civil War forts, Fort Randolph and Fort Wright, were built near the settlement because of its strategic location on the second Chickasaw Bluff of the Mississippi River. [14] [15]

In the South Main Historic District in Covington, about 50 residences from the late 19th century and the early 20th century are still intact. [16] The district is listed on the National Register of Historic Places.

The major north-south route, U.S. Highway 51, bisects Tipton County and passes through Covington. The western boundary of Tipton County is the Mississippi River, separating Tennessee and Arkansas. As the river's course was altered in several places by the 1812 New Madrid earthquake, the official boundary still follows the old alignment of the river. As a result, a few of Tipton County's communities — including Reverie and Corona — became stranded on the Arkansas mainland side of the river, rather than the Tennessee side.

Tipton County is situated on the southeastern edge of the New Madrid Seismic Zone, an area with a high earthquake risk. 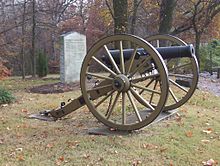 Cannon in front of the Nature Center and Veteran's Memorial in Covington. Marker in the background shows Nathan Bedford Forrest's last speech. (2007)

The Tipton County Museum is located in Covington. The museum houses various history exhibits featuring artifacts from Tipton County's rich heritage and a nature center depicting the unique ecosystem of West Tennessee. Taxidermies of local species and mastodon bone fragments give insight into the natural history. Adjacent to the museum, a 20-acre (8.1 ha) park with a .5-mile (800 m) walking trail can be found. Natural woodland and man-made wetlands are the sites for a few smaller local species, such as turtles and birds. The Veterans Memorial in front of the museum commemorates the soldiers from the county who lost their lives in wars. [16] [26] 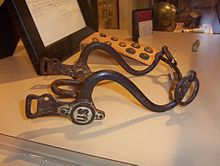