From Wikipedia
(Redirected from Serbian Uprising of 1917)
https://en.wikipedia.org/wiki/Serbian_Uprising_of_1917 Jump to search

The Toplica Uprising ( Serbian: Топлички устанак) was a Serb rebellion in 1917 carried out by Serbian guerrillas ( Chetniks) in the Toplica District against the Bulgarian occupation force in the eastern part of the Kingdom of Serbia, occupied since October 1915. The rebellion lasted from 21 February to 25 March 1917. [1]

In October 1915, Kingdom of Serbia, which had throughout fall 1914 managed to withstand and repel three Austro-Hungarian invasions, found itself under attack again. This time it was a joint Austro-Hungarian, German, and Bulgarian invasion from two directions that included Austro-Hungarian Third Army, German Eleventh Army, and Bulgarian First and Second armies. Outnumbered and outmatched, the Serbian Army was defeated by December 1915. However, rather than surrendering and capitulating, the Serbian military and political leaders decided on a long and arduous army retreat south towards Albania in hopes of reaching the Adriatic coast for evacuation and regrouping. [2] As a result, the invading Central Powers forces occupied the entire territory of the Kingdom of Serbia. In the immediate division of spoils, Kingdom of Bulgaria got the area of Pomoravlje, which had been a target of Bulgarian nationalism. [3]

The primary cause for the rebellion was the policies passed by the occupiers. Constant denationalization, including closing Serbian schools, prohibition of the Serbian language and traditions, and burning of books, and looting, requisition, internment, provoked the population. [4] Romania entering the war in August 1916 awakened hope in the Serbian population of a breakthrough of the Salonika Front, some arming themselves and taking to the forests. [4] Kosta Vojinović began the organization of resistance, and in the summer of 1916 established a band in Leposavić, the core of the future Ibar–Kopaonik Detachment. [4] At the end of September 1916, the Serbian High Command sent Kosta Pećanac, reserve infantry lieutenant and veteran Chetnik vojvoda, by airplane into Toplica. He was given the task to establish a secret resistance organization to be activated when the Allies and the Serbian Army break the Salonika Front and arrive at Skoplje. [4] The peak of Serbian discontent came with the Bulgarian announcement of conscription of local Serbs aged 18–50 for military service. Massive flights to the mountains from Bulgarian recruit commissions began. [4] The first armed conflicts began on 20 February between fleeing conscripts and Bulgarian chases. [4]

Pećanac and Vojinović established headquarters on Mount Kopaonik. The decision for this rebellion was taken and on February 21, near the Toplica river the rebellion broke out. 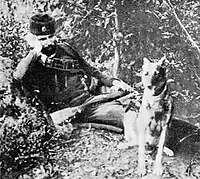 Kosta Pećanac in the Toplica district.

The rebellion included the areas of Toplica, Jablanica, Jastrebac, eastern and central parts of Kopaonik. [4] The rebels liberated Kuršumlija (27 February), Lebane (1 March), Prokuplje (3 March) and Blace (5 March). [5] Having broke out in the Toplica region, the rebellion expanded into territories on the right bank of the West Morava (Vlasotince, Crna Trava, Vranje area), and in the West Morava valley, included the Sokobanja and Svrljig areas. [5]

On March 12, the Bulgarian counter-attack started under the command of Alexander Protogerov involving IMRO forces led by Tane Nikolov. [6] Bulgarian and Austro-Hungarian authorities worked together. IMRO commander and Bulgarian officer Todor Aleksandrov orchestrated the most violent actions committed by Bulgarian paramilitary. After several days of fighting, the Bulgarians entered Prokuplje on 14 March and the Austro-Hungarians entered Kuršumlija on 16 March. As of 25 March, the order there was fully restored. [7] In the battles, several thousand people were killed, including civilians. In April 1917, Pećanac with his guerrillas, attacked a railway station. [8] On May 15, Pećanac entered the old Bulgarian border and invaded Bosilegrad, which was burned. Then his band withdrew to Kosovo, controlled then by the Austro-Hungarians. The Allies opened a new front at Salonika in June but the Serbian Army was unable to break through the Bulgarian lines. After reemerging again for a short time, in September – October 1917 Pećanac again disappeared. In October 1917 the Austro-Hungarian command created entirely Albanian paramilitary detachments to capture the rest of the Serbian rebels into the mountains and in December 1917, Kosta Vojinović was killed. 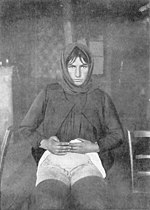 Woman from Toplica displaying the scars she received as a result of being branded with red hot iron by Bulgarian soldiers.

The uprising is a notable event in the history of Serbia in World War I. It was the only rebellion in the territories occupied by the armies of the Central Powers. [4]