Reasons for the resignation 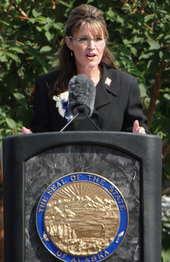 Palin announced she was resigning her office due to the costs and distractions of battling ethics investigations describing the "insane" amount of time and money that both she and the state of Alaska had expended responding to "frivolous" legal ethics complaints filed against her. [2] [3] [4] [5] She said the state had spent $2 million while she and her husband, Todd, would be spending "more than half a million dollars in legal bills in order to set the record straight." [6] [7]

These include allowing for the state to pay legal costs for officials cleared of ethics violations; allowing for a family member of the governor or lieutenant governor to travel at state cost in certain circumstances and allowing an immediate family member to use an official's state-issued cell phone or BlackBerry if the usage is limited or under monthly or unlimited plans. [8]