The county seat is Camden. [2] Ouachita County is part of the Camden, AR Micropolitan Statistical Area. Formed on November 29, 1842, the county is named for the Ouachita River.

Until the late 20th century, the county was a Democratic Party stronghold, aided by the state's having disenfranchised most African Americans at the turn of the century. As in much of the rest of the South, conservative whites, who comprise the majority of the population in the county, have shifted into the Republican Party. In 1972, U.S. President Richard M. Nixon became the first Republican presidential nominee in the 20th century to win a majority in Ouachita County. Much later, in the 2008 presidential election, U.S. Senator John McCain won the county by nearly ten percentage votes over Senator Barack Obama, following President George W. Bush's victory over Senator John F. Kerry in 2004.

The politically influential Pryor family is based here; they include two U.S. senators, David Pryor (serving 1978–1997) and his son Mark Pryor (elected 2002). The elder Pryor also served as a former governor of Arkansas and US Congressman. The county is served by a daily newspaper, The Camden News. 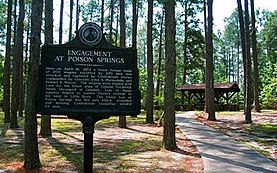 The county had its peak of population in 1950.

Over The past few election cycles Ouachita County has trended heavily towards the GOP. The last democrat (as of 2016) to carry this county was Al Gore in 2000.

Townships in Arkansas are the divisions of a county. Each township includes unincorporated areas; some may have incorporated cities or towns within part of their boundaries. Arkansas townships have limited purposes in modern times. However, the United States Census does list Arkansas population based on townships (sometimes referred to as "county subdivisions" or "minor civil divisions"). Townships are also of value for historical purposes in terms of genealogical research. Each town or city is within one or more townships in an Arkansas county based on census maps and publications. The townships of Ouachita County are listed below; listed in parentheses are the cities, towns, and/or census-designated places that are fully or partially inside the township. [12] [13]