The North Shore consists of many suburbs north of Chicago, Illinois, bordering the shores of Lake Michigan. These communities fall within suburban Cook County and Lake County. The North Shore's membership is often a topic of debate, and is sometimes expanded to include other nearby Chicago suburbs which do not border Lake Michigan. However, Evanston, Glencoe, Highland Park, Kenilworth, Lake Bluff, Lake Forest, Wilmette, and Winnetka are generally considered to be the main constituents of the North Shore.

Communities and their years of settlement and incorporation 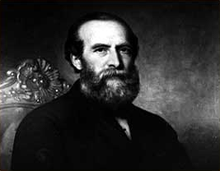 Many credit Walter S. Gurnee as the father of the North Shore. [1]

One of the earliest known monographs to be devoted to the North Shore, The Book of the North Shore (1910), and its companion volume, The Second Book of the North Shore (1911), were written by Marian A. White, whose husband J. Harrison White had established a weekly newspaper in Rogers Park in 1895 called the North Shore Suburban. [2] The image above is the title page of the first volume and shows the front door of the S.H. Gunder house at 6219 N. Sheridan Road, which today serves as the main building for the North Lakeside Cultural Center in Chicago. The canopy has been removed.

Europeans settled the area sparsely after an 1833 treaty with local Native Americans. The region began to be developed into towns following the opening of Northwestern University in Evanston in 1855 and the founding of Lake Forest College two years later, and the construction and launch of railroads serving the colleges and their towns.[ citation needed]

Electric rail lines were also run from Chicago, parallel to steam commuter lines, and streetcars flourished throughout the suburbs from Evanston on north. The North Shore today is noteworthy for being one of the few remaining agglomerations of streetcar suburbs in the United States.[ citation needed]

This area became popular with the affluent wanting to escape urban life, beginning after the Great Chicago Fire, and grew rapidly before and just after World War II with a growing Jewish population migrating out of various neighborhoods in Chicago. The major Jewish suburban communities include Evanston, Skokie, Glencoe, Northbrook, and Highland Park. Jews, however, were barred from Kenilworth and Lake Forest. The number of Jews in the north suburbs increased to 40% by the early 1960s.[ citation needed]

In the 1960s, most of the northern suburbs were almost entirely white. One informal 1967 poll suggested that of 2,000 real estate listings, only 38 (around 2%) were open to African-Americans. [4]

Origin and definition of term

The term North Shore began to come into use in the early 1880s, and by 1889, with the creation of the North Shore Improvement Association, the name was officially established. [5]

In 1890, Joseph Sears used the term several times in a brochure that was written to promote the newly-forming community of Kenilworth. [6] It is believed[ who?] to have come into widespread use[ citation needed] following the establishment in 1891 of the Waukegan & North Shore Rapid Transit Company, which in 1916 following reorganization was renamed the Chicago North Shore and Milwaukee Railroad ("CNS&M"), popularly known as the North Shore Line. This railway ran along Lake Michigan's western shore between Chicago and Milwaukee. The Shore Line route of the CNS&M until 1955 served, from south to north, the Illinois communities of Chicago, Evanston, Wilmette, Kenilworth, Winnetka, Glencoe, Highland Park, Highwood, Fort Sheridan, Lake Forest, Lake Bluff, North Chicago, Waukegan, Zion, and Winthrop Harbor as well as Kenosha, Racine, and Milwaukee (the "KRM") in Wisconsin. After 1924, the Skokie Valley line of the CNS&M opened land further west to the North Shore.[ citation needed]

Meanwhile, in 1906, the Sanitary District of Chicago platted the "North Shore Channel" of the sanitary canal from the Chicago River, through Evanston and Wilmette to Lake Michigan. [7]

While the CNS&M ran from Chicago all the way to Milwaukee, the term "North Shore" today typically refers only to the communities between Lake Bluff and Chicago. Michael Ebner's scholarly Creating Chicago's North Shore: A Suburban History, one of the most thorough studies of the area, covers eight suburbs along the lake: Evanston, Wilmette, Kenilworth, Winnetka, Glencoe, Highland Park, Lake Forest, and Lake Bluff. [8] In their North Shore Chicago: Houses of the Lakefront Suburbs, 1890-1940, Cohen and Benjamin include not only those eight suburbs but also "the tiny city of Highwood" which is slightly inland, just north of Highland Park. [9]

Chicago, as seen from the campus of Northwestern University in Evanston.

Today the North Shore remains one of the most affluent and highly educated areas in the United States. Seven of its communities are in the top quintile of U.S. household income, and five of those ( Lake Forest, Glencoe, Kenilworth, Winnetka, Highland Park) are in the top 5 percent.[ citation needed]

The North Shore is also the home of the Ravinia Festival, a historic outdoor music theater in Highland Park, Illinois. The Ravinia Festival, originally conceived as a weekend destination on the CNS&M line, is now a popular destination on the Metra Union Pacific North Line commuter rail, the North Shore Line's former competitor. It hosts many concerts through the year that attract over 600,000 people. [10][ circular reference] Highwood became home of the annual Pumpkin Festival which saw thousands of people every year flock to the small town for a week of music, food, community, and the lighting of 32,000 Jack o' Lanterns. The town used to hold the world record for most carved and lit Jack o' Lanterns but lost the title to Keene, New Hampshire.[ citation needed]

The abandoned right-of-way of the North Shore Line still serves Ravinia as the Green Bay Trail, a popular rails-to-trails bicycle path that begins in Wilmette and runs north all the way to the Illinois Beach State Park in Zion.[ citation needed]

Subsequent to the more general use of the term North Shore for the above suburbs, and the term's association with those towns' desirable[ opinion] socioeconomic characteristics, it became common for businesses in numerous nearby inland Chicago suburbs in the Maine, New Trier, Niles, Northfield, and Norwood Townships, as well as in southern Lake County, Illinois, to name themselves "North Shore", and for real estate and other marketers to use the term for non-North Shore communities from time to time. The former North Shore magazine had special advertising editions not only for Evanston, Winnetka, Lake Forest, and Lake Bluff, but also for Glenview, Northbrook, Barrington, Deerfield, Bannockburn, and Riverwoods. [11]

Wheeling High School serves most of Wheeling, Illinois which is in the Mid-Suburban League.

East Leyden High School serves portions of Rosemont which is in the West Suburban Conference.

A variety of private schools are found throughout the North Shore suburbs.

Films and television set or filmed on the North Shore

This area received much exposure in the 1980s as the setting of many teen films, particularly those of writer/director John Hughes, who grew up in Northbrook and attended Glenbrook North High School. The most notable films through the years are: 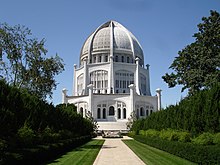