The game serves as the final match of an annual postseason bracket tournament between top teams in FCS. Since 2013, 24 teams participate in the tournament, with some teams receiving automatic bids upon winning their conference championship, and other teams determined by a selection committee. The reigning national champions are the North Dakota State Bison, who have won eight championship games in the past nine seasons (2011–2015, 2017–2019).

In the inaugural season of Division I-AA, the 1978 postseason included just four teams; three regional champions (East, West, and South) plus an at-large selection. [1] The field doubled to eight teams in 1981, with champions of five conferences— Big Sky, Mid-Eastern, Ohio Valley, Southwestern, and Yankee—receiving automatic bids. [2] The top four teams were seeded, and then matched against the four remaining teams based on geographical proximity. [3] The tournament was expanded to 12 teams in 1982, with each of the top four seeds receiving a first-round bye and a home game in the quarterfinals. [4] Champions of the Southern and Southland conferences also received automatic bids. [5]

The number of automatic bids has varied over time, due to changes in the number and size of conferences, with an automatic bid typically granted only to champions of conferences with at least six teams. [6] Initially, the tournament was played in December; since the expansion to twelve teams in 1982, earlier rounds have been held in late November.

The playoffs expanded to a 16-team format in 1986, requiring four postseason victories to win the title. Initially, only the top four teams were seeded, [7] with other teams geographically placed in the bracket. From 1995 through 2000, all 16 teams were seeded, independent of geography. In 2001, the number of seeded teams was reduced to four, with the seeded teams assured of home games in early tournament rounds, and other teams once again placed in the bracket to minimize travel. [8] Home team designation in games between unseeded teams is determined based on several factors, including attendance history and revenue potential. [9]

In April 2008, the NCAA announced that the playoff field would expand to 20 teams in 2010, with the Big South and Northeast Conference earning automatic bids for the first time. [10] That bracket structure included seeding of the top five teams. Twelve teams received first-round byes; the remaining eight teams played first-round games, with the four winners advancing to face the top four seeds. The playoffs expanded to 24 teams beginning in 2013, with the champion of the Pioneer Football League receiving an automatic bid for the first time. [11] The number of seeded teams was increased to eight, with the 16 unseeded teams playing in first-round games.

The field is traditionally set the Sunday before Thanksgiving and play begins that weekend.

At-large selections and seeding within the bracket are determined by the FCS Playoff Selection Committee, which consists of one athletic director from each conference with an automatic bid. [12] As of the 2018 season, there are 10 conferences with automatic bids and the selection committee makes 14 at-large selections. [12] For the 2018 season, the committee was chaired by Dr. Brad Teague of the University of Central Arkansas. [13]

The tournament culminates with the national championship game, played between the two remaining teams from the playoff bracket. Unlike earlier round games in each year's playoff, which are played at campus sites, the title game is played at a site predetermined by the NCAA, akin to how the NFL predetermines the site for each Super Bowl. Originally played in December, with the 2010 expansion to a 20-team field, the championship game moved to January, with two or three weeks between the semifinals and final.

The inaugural title game was played in 1978 in Wichita Falls, Texas. The 1979 and 1980 games were held in Orlando, Florida, and Sacramento, California, respectively, and the game returned Wichita Falls for 1981 and 1982. The games played in Wichita Falls were known as the Pioneer Bowl, while the game played in Sacramento was known as the Camellia Bowl—both names were used for various NCAA playoff games played in those locations, and were not specific to the I-AA championship. In 1983 and 1984, the game was played in Charleston, South Carolina. In 1985 and 1986, Tacoma, Washington, hosted the game, which the NCAA branded as the "Diamond Bowl". [14]

Since 2010, the title game has been played in Frisco, Texas, a suburb north of Dallas, at Toyota Stadium, a multi-purpose stadium primarily used by FC Dallas of Major League Soccer. The stadium was known as Pizza Hut Park until the day after the championship game of the 2011 season, and then as FC Dallas Stadium until September 2013. The original contract with Frisco began in the 2010 season and ran through the 2012 season. [15] The contract has since been extended three times; first through the 2015 season, [16] then through the 2019 season, [17] and most recently through the 2024 season with an option for the 2025 season. [18]

at the time games were played

earlier name of the same venue

Three FCS conferences usually do not participate in the tournament. The Ivy League, which has been at the FCS level since 1982 and prohibits its members from awarding athletic scholarships in any sport, plays a strict ten-game regular season and does not participate in any postseason football, citing academic concerns. [19] [20] The Southwestern Athletic Conference (SWAC) and Mid-Eastern Athletic Conference (MEAC), two conferences consisting of historically black colleges and universities, opt to play the Celebration Bowl (which was established in 2015) instead of the FCS tournament. MEAC gave up its automatic spot in the tournament prior to the 2015 season, while SWAC (whose regular season extends through the Turkey Day Classic and Bayou Classic at the end of November and holds its own championship game in December) has not sent a team to the tournament since 1997. [21] Teams from the MEAC and SWAC may accept at-large bids, so long as they aren't committed to other postseason games that would conflict with the tournament. The most recent team from the MEAC to accept a bid were the 2016 North Carolina A&T Aggies, while the most recent SWAC team to participate in the tournament were the Jackson State Tigers in 1997.

Historically, conferences in FCS that did not offer athletic scholarships were not granted automatic bids into the tournament and, although in theory were eligible for at-large bids, never received any. The last non-scholarship conference in the subdivision, the Pioneer Football League, now receives a tournament bid, which was initiated with the 2013 postseason.

% The Ivy League abstains from the championship tournament and all postseason play.

The MEAC champion, since 2015, forgoes its automatic bid to allow its champion to participate in the Celebration Bowl. Non-champions are eligible for at-large bids (an example being the 2016 North Carolina A&T Aggies football team).

The SWAC abstains from the championship tournament to allow for a longer regular season, a conference championship game, and participation in the Celebration Bowl against the MEAC champion since 2015.

For each season since the inaugural year of Division I-AA play, 1978, the following table lists the date of each title game and the champion. [22] The score and runner-up are also noted, along with the host city, game attendance, and head coach of the championship team.

Note: 1987 champion Northeast Louisiana has been known as the University of Louisiana at Monroe (Louisiana–Monroe) since 1999. 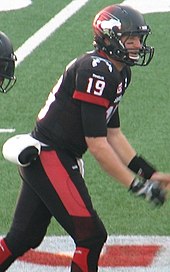 Bo Levi Mitchell was MVP of the championship game for the 2010 season.

Since 2009, a Most Outstanding Player has been named for each championship game. [23]

Note: starting with the 2010 season, the championship game is played in January of the next calendar year.

The following table summarizes appearances in the championship game, by team, since the 1978 season, the first year of Division I-AA (the predecessor of FCS). Updated through completion of the 2019 season (42 championship games, 84 total appearances).

* Denotes championship games played in January of the following calendar year.
^ Team is now a member of the Football Bowl Subdivision (FBS).

The below map shows the locations of teams that have won the championship; the color of the dot indicates the number of titles. 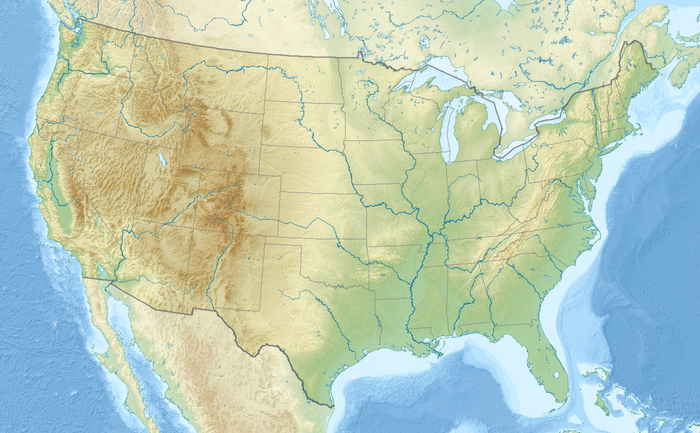 – 1 championship
Italics indicate schools that have since moved to FBS

The following table summarizes appearances in the championship game, by conference, since the 1978 season, the first year of Division I-AA (the predecessor of FCS). Updated through completion of the 2019 season (42 championship games, 84 total appearances).

The game has been televised on an ESPN affiliated network since 1995.