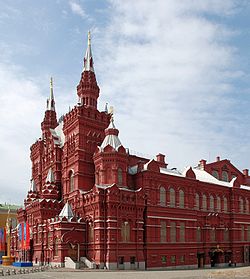 The Moscow Biennale of Contemporary Art is one of the most important Russian cultural events and was founded in 2003.

The First Moscow Biennale of Contemporary Art (January 28 – February 28, 2005) caused great response both in Russia and abroad. The main exhibition “Dialectics of Hope” included projects by 41 artists from 22 countries and represented art that focuses on one of the most fundamental experiences of a modern human being: hope. The main project was realised at the former Lenin Museum, near the Red Square. The Biennale’s special projects and parallel program numbered over 50 exhibitions of Russian actual art as well as European, American and Asian visual artists. Curators (main project): Joseph Backstein, Daniel Birnbaum, Iara Boubnova, Nicolas Bourriaud, Rosa Martinez and Hans Ulrich Obrist.

Exhibitions of the main project: 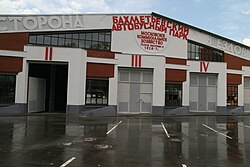 The commissioner of the Biennale was Joseph Backstein. The exhibition program of the Third Moscow Biennale of Contemporary Art (September 24 - November 1, 2009) featured main project "Against exclusion" and more than 39 special projects and 7 special guests shows.

Sculpture/Fountain by Julius Popp at the 3rd Moscow Biennale

The Special Guest program represent personal exhibitions of the important figures of the modern art scene.