Merrimac is a small town in Essex County, Massachusetts, United States, and on the southeastern border of New Hampshire, approximately 34 miles (55 km) northeast of Boston and 10 miles (16 km) west of the Atlantic Ocean. It was incorporated on April 11, 1876. It is situated along the north bank of the Merrimack River in the Merrimack Valley. The population was 6,338 at the 2010 census. [1] Historically a manufacturing center, it has long since become a largely residential community. It is part of the Greater Boston metropolitan area.

Settled by the English in 1638 as a part of Salisbury and later as a part of Amesbury around the village of Merrimacport, it was known throughout the seventeenth and eighteenth centuries as an agricultural and fishing community, with a small amount of shipbuilding. When Amesbury separated from Salisbury in 1666, Merrimac was referred to as the West Parish of Amesbury, or simply West Amesbury, although it was unincorporated. When a border dispute between the Massachusetts and New Hampshire colonies was settled in 1741, the new border sliced off the parts of Amesbury that were further from the Merrimack River, with the area then associated with West Amesbury becoming the "new town" of Newton, New Hampshire.

In the nineteenth century, benefiting from a manufacturing boom following the establishment of some of the first planned industrial cities in the United States, nearby Lawrence and Lowell, Merrimac came to be known worldwide for its horse-drawn carriage industry. During this period, the town proper of Merrimac, centered around Merrimac Square, expanded separately from the village of Merrimacport. In 1876, Merrimac, including Merrimacport, separated from Amesbury and officially incorporated itself as a town. It is believed that the town, as well as the river that runs along its southern border, are both named for the American Indian tribe that occupied the region. "Merrimac" (or Merrimack) means "swift water place" in the language of this tribe. This town center consists of the typical brick buildings and Victorian architecture of the late nineteenth century, and it is surrounded by much of the town's population. Interstate 495 now divides Merrimacport from Merrimac. At the beginning of the twentieth century, as with the rest of the New England, it went through a period of deindustrialization as the region's industry relocated to the Midwest. The communities of the Merrimack Valley, including Merrimac, were particularly affected by this long period of economic decline and have never fully recovered.

Today, Merrimac is a typical small New England community. It went through numerous growth spurts throughout the 1990s and the beginning of the twenty-first century as it was absorbed into the Greater Lawrence metropolitan area.

According to the United States Census Bureau, the town has a total area of 8.8 square miles (22.9 km2), of which 8.5 square miles (21.9 km2) is land and 0.39 square miles (1.0 km2), or 4.48%, is water. [2] Merrimac is drained by the Merrimack River, whose north bank the town lies on. Located in the Merrimack River Valley and on the coastal plain of Massachusetts, Merrimac's land consists mainly of small, forested hills (before the twentieth century, it was mostly pasture). The town also has several ponds, streams and Lake Attitash (which is located partially in Merrimac, and partially in neighboring Amesbury).

Merrimac is roughly diamond-shaped, and is bordered by Amesbury and Lake Attitash to the northeast, West Newbury to the southeast, Haverhill to the southwest, Newton, New Hampshire, to the north and northwest, South Hampton, New Hampshire, to the far northeast, and Plaistow, New Hampshire, on the western corner. The town is 14 miles (23 km) northeast of Lawrence, 30 miles (48 km) southeast of Manchester, New Hampshire, and 34 miles (55 km) north of Boston. Merrimac lies along Interstate 495, with Exit 53 giving access to the town. Massachusetts Route 110 also passes through the town, just north of I-495. There are no bridges crossing the Merrimack directly into the town; the Rocks Village Bridge lies just to the south of town in Haverhill, and the nearest downstream crossing is the Whittier Memorial Bridge in Amesbury.

Merrimacport village in 1911
See also: List of Massachusetts locations by per capita income

There were 2,233 households out of which 40.6% had children under the age of 18 living with them, 62.8% were married couples living together, 10.3% had a female householder with no husband present, and 23.9% were non-families. 19.8% of all households were made up of individuals and 9.2% had someone living alone who was 65 years of age or older. The average household size was 2.73 and the average family size was 3.16.

Merrimac is governed by the New England town meeting form of government, a kind of participatory direct democracy. Three selectmen are elected to administer the government, but all major decisions, as well as many minor decisions, are handled during the town's annual town meeting, as well as special town meetings, if required. Per the constitution of the Commonwealth of Massachusetts, any resident of Merrimac may introduce legislation with the support of 10 registered voters.

Merrimac is part of the Massachusetts Senate's 1st Essex district. [10]

The following schools serve the town of Merrimac. All regional schools, however, are located in neighboring West Newbury. Merrimac High School operated until 1958, but closed when Pentucket Regional High School opened.

For high school, students also have the option of attending the following vocational/agricultural schools. 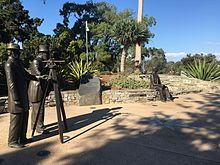