Marcia Carolyn Kaptur ( /ˈkæptər/; born June 17, 1946) is an American politician serving as the U.S. Representative for Ohio's 9th congressional district. She is a member of the Democratic Party. The district stretches from Kaptur's hometown of Toledo to Cleveland. It includes all of Ottawa and Erie counties, and parts of Lucas, Lorain, and Cuyahoga counties.

Kaptur was born on June 17, 1946 in Toledo, Ohio, the daughter of Anastasia Delores (née Rogowski) and Stephen Jacob Kaptur, both Polish Americans. [4] [5] Her mother was an automobile union organizer and her family operated a small grocery. Kaptur started volunteering with the Ohio Democratic Party when she was 13. [6]

Kaptur graduated from St. Ursula Academy in 1964 and became the first member in her family to attend college. [7] [8] She received her undergraduate degree from the University of Wisconsin–Madison in 1968 and a Master of Urban Planning from the University of Michigan in 1974. [9] She did doctoral studies in urban planning development finance at the Massachusetts Institute of Technology in 1981. [10]

Career before joining the House

Kaptur served on the Toledo- Lucas County Plan Commissions from 1969 to 1975. She was director of planning for the National Center for Urban Ethnic Affairs (1975–1977) founded by the late Msgr. Geno Baroni. She later served as a domestic policy advisor during President Jimmy Carter's Administration. [11]

Career in the U.S. House of Representatives 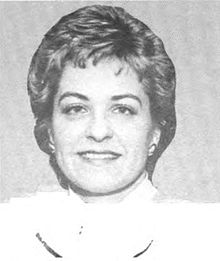 Portrait of Kaptur from the 1985 Congressional Pictorial Directory

In 1984, Kaptur faced a strong challenge from Republican Frank Venner, longtime anchorman and weatherman at WTVG, but defeated him 55%-44%, [15] even as Ronald Reagan carried the district. The district reverted to form, and from 1986 to 2002, she won every election with at least 74% of the vote. In 2004, she faced her strongest challenger in 20 years in Lucas County auditor Larry Kaczala. However, Kaptur dispatched him fairly easily, winning by 68%-32%.

Shortly after achieving fame during the 2008 election, conservative figure Samuel "Joe the Plumber" Wurzelbacher announced that he was considering challenging Kaptur in the 2010 election. [18] [19] [20] However, he chose not to run. Kaptur was instead challenged by Republican Rich Iott, a Tea Party movement favorite. Kaptur won re-election to her 15th term with 59% of the vote, [21] which was her closest election since 1984.

For her first three decades in Congress, Kaptur represented a compact district centered around Toledo. Redistricting after the 2010 census extended the 9th District all the way to western Cleveland. The new map put the home of incumbent 10th District congressman Dennis Kucinich into the 9th as well, so they ran against each other in the Democratic primary. Graham Veysey, a small-business owner from Cleveland, also ran in the primary. Kaptur won the primary with 56% of the vote, while Kucinich received 40%. [22] [23] In the general election, she won a 16th term against Republican Samuel "Joe the Plumber" Wurzelbacher and Libertarian Sean Stipe. [24] However, the reconfigured 9th was no less Democratic than its predecessor, and Kaptur had effectively clinched reelection by defeating Kucinich in the primary.

Kaptur's 2014 opponent was Richard May, a longtime Republican activist from west Cleveland, who beat Lakewood resident Robert C. Horrocks, Jr. in the May 6 primary. [25] Kaptur won 68%-32%.

Kaptur's 2016 opponent was Donald Larson, who defeated Steven Kraus and Joel Lieske in the Republican primary on March 15. Kaptur won 68%-31%.

Kaptur is a member of the Congressional Progressive Caucus. She was once named "Most Valuable Member" of the House by The Nation. In 1996, Kaptur was asked by Ross Perot to be his vice-presidential running mate. She eventually declined. [26]

Kaptur was a dedicated opponent of the America Invents Act that passed into law and changed the U.S. Patent System. Kaptur opposed changing from a "first to invent system" to a "first to file system," claiming it hurt small businesses. [27] Kaptur stated "Our patent system is the finest in the world... the proposed solutions are special fixes that benefit these few giants at the expense of everyone else." [28]

Kaptur is a co-sponsor of The Restoring America’s Leadership in Innovation Act which claims to strengthen inventors' property rights. The bill would remove the administrative review process which allows the public to challenge the validity of patent filings; this process exists to prevent misuse of the patent system. [29]

On December 10, 1987, Kaptur introduced the World War II Memorial Act to the House of Representatives. The legislation authorized the American Battle Monuments Commission to establish a World War II memorial, however, as the bill was not voted on before the end of the session it failed to be enacted into law. Kaptur introduced similar legislation in 1989 and 1991 but these bills also failed to become law.

Kaptur introduced legislation for the fourth time on January 27, 1993. This time the legislation was voted on and passed in the House on May 10, 1993. After a companion bill was passed in the United States Senate, President Bill Clinton signed the bill into law on May 25, 1993. Durbin died before the memorial was built, but Kaptur spoke at the memorial dedication ceremony, along with Durbin's granddaughter, on May 29, 2004.

Kaptur later said that she felt "a great sense of fulfillment" that the memorial was finally built. "This generation was the most unselfish America has ever seen," she said. "They never asked anybody for anything in return." [30]

Kaptur holds a 95% approval rating from NARAL. She has stated that she supports Roe v. Wade, calling it "the law of the land" (Washington Journal, 9/17/2015). She has voted in favor of some proposals to restrict access to abortion, while opposing some others. In January 2007, she was the only member of the Congressional Progressive Caucus to vote against federally funded embryonic stem-cell research. [31] Kaptur expressed support for the Stupak-Pitts Amendment, an amendment to America's Affordable Health Choices Act of 2009, and voted in favor of it on November 9. [32] Kaptur was one of only sixteen Democrats to vote in favor of the No Taxpayer Funding for Abortion Act on May 4, 2011. [33] Kaptur also voted in favor of banning partial-birth abortions in 2000 and 2003. [34] [35] Kaptur voted against the Child Custody Protection Act in 1999 and the Child Interstate Abortion Notification Act in 2005. [36] [37] Kaptur voted against allowing privately funded abortions at overseas military hospitals twice in 1995, as well as 1997, 1998 and 1999. [38] [39] [40] [41] [42] In 2005, Kaptur voted in favor of lifting the ban on abortions at overseas military hospitals. [43]

Kaptur is a staunch opponent of free trade agreements. She helped lead opposition to the North American Free Trade Agreement, permanent normal trade relations for the People's Republic of China, and fast track authority for the president.

Marcy Kaptur expressed strong opposition to the Emergency Economic Stabilization Act of 2008, which provided a bailout for U.S. banks. [44] Addressing Wall Street banks, she said, "You have perpetrated the greatest financial crimes ever on this American Republic."

She also stated that the U.S. "doesn't need to bail you out. It needs to secure real assets and property. Federal regional reserve banks should have a new job to help renegotiate . American people should get equity in any companies. Major job creation to rebuild our infrastructure. Regulate, we need a modern Glass–Steagall Act. Refinancing must return a major share of profits to a new Social Security and Medicare lock box."

Kaptur's opposition to the Emergency Economic Stabilization Act of 2008 was highlighted in Michael Moore's 2009 documentary Capitalism: A Love Story [45]

On April 12, 2011, Kaptur introduced H.R. 1489 to restore the Glass-Steagall Act. It states "To repeal certain provisions of the Gramm-Leach-Bliley Act and revive the separation between commercial banking and the securities business, in the manner provided in the Banking Act of 1933, the so-called "Glass-Steagall Act", and for other purposes." There were 30 co-sponsors. [46]

Marcy Kaptur backed The American Clean Energy and Security Act in the U.S. House after she was able to insert an amendment that would authorize the Secretary of Energy to create power marketing authorities in regions where none exist. One such area would be the Great Lakes region. Kaptur said the St. Lawrence Seaway Development Corporation could serve as the vehicle for administering up to $3.5 billion in borrowing authority to stimulate economic development through creation of green energy such as solar power and wind power. Kaptur said the $3.5 billion in borrowing authority would promote "regional equity" and serve as a powerful engine for job creation in a region that has suffered from high energy costs, especially expensive electricity.

Marcy Kaptur helped to protect the rights of chicken farmers to speak up about mistreatment and unfair practices. She helped to remove anti-Grain Inspection, Packers and Stockyards Administration (anti-GIPSA) language. [47] [48]

Kaptur endorsed Senator Bernie Sanders in the Democratic primary, and even introduced him at a rally in Toledo. [49] She did endorse eventual nominee Hillary Clinton, who had won Ohio and her district in the primary season at an October 3, 2016 rally at Toledo's Martin Luther King Jr. Plaza.