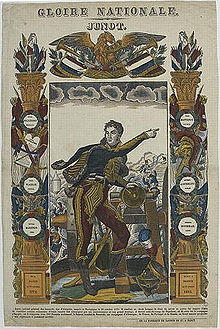 The Sleeper, drawing by Georges Seurat, one of 49 items by him. Joconde is very rich in drawings. [2]

Joconde is the central database created in 1975 and now available online, maintained by the French Ministry of Culture, for objects in the collections of the main French public and private museums listed as Musées de France, according to article L. 441-1 of the Code du patrimoine [3] amouting to more than 1,200 institutions. [4]

The database is not only dedicated to the information of the public but as well to the needs of the administrators and curators of the museums, thanks to the online presentation of professional tools to facilitate notably the museums collections cataloguing and state inventory (récolement). This explains the great precision of the listings. Since the museums participate on a voluntary basis to the regular enrichment of the database, some can present a large part of their collection, while others appear only because of the mere permanent deposits made by the first ones.

Live on the French Minitel system from 1992, the database went online to the World Wide Web in 1995. Originally just for objects from the fine arts and decorative arts, in 2004 Joconde was united with what had been separate databases for objects from archeology and ethnology. It comes under the "Direction des Musées de France" (DMF) section of the Ministry.

The listing details are highly structured, using a special vocabulary, which allows for very specific and accurate searches, helped as well by the index. A small number of the best known objects have a prose commentary. Not all images are in colour, especially for the archaeological collections. When an object created after the 19th century has no image this is most often for copyright reasons.