Gibson County is located in what was known as "Indian Land": territory that was legally occupied by Chickasaw Native American people. The Chickasaw Cession, proclaimed on January 7, 1819, eliminated those rights and opened the region for settlement and exploitation by white settlers and speculators. [4]

Soon after the Chickasaw Cession, the first log cabin in what was to become Gibson County had been built by Thomas Fite about eight miles (13 km) east of present-day Trenton. From 1819 the area was part of Carroll County but, as settlement progressed, citizens petitioned for the formation of a new county. The county was established by private act on October 21, 1823 and was named in honor of Colonel John H. Gibson [5] who had died earlier that year. Gibson was a native of Bedford County, Tennessee who was commissioned Lieutenant in the Tennessee Militia; he took part in the War of 1812, the campaign to Natchez of 1813, and fought in the Creek Wars of 1813. [6]

In its early years, Gibson County grew rapidly, chiefly because the land had less dense forest growth than some adjacent areas and was therefore more easily prepared to farm cotton and corn. By the end of 1824, the county had 273,143 acres (1,105.37 km2) of taxable land. The county's first cotton gin was built in 1826. [7] 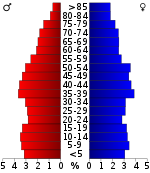 There are two airports located in Gibson County:

Trenton is the county seat. However, since just after the Civil War, Gibson County's court system has been geographically divided, with both Trenton and Humboldt serving as a venue for the county's civil and criminal cases.

Gibson County has five special school districts: Bradford, Gibson County, Humboldt, Milan and Trenton. Each district has its own school board and director of schools. There are six high schools in the county.

The Gibson County Fair is held each August in Trenton. The fair is billed as the "oldest continuously running fair in the South." [18] The fair was first held in 1856 and has been held annually since 1869. [18]

The West Tennessee Strawberry Festival had been held annually during the first full week of May in Humboldt since 1934. The festival has drawn up to 100,000 people from across the area. [19] Popular festival events include Thursday's traditional Jr. Parade, which is one of the world's largest non-motorized parades, [20] Friday's Grand Floats Parade, the Horse Show, Governor's Luncheon, Carnival, Prayer Breakfast, Car Show, 5K and 10K Runs, and Festival Beauty Reviews. 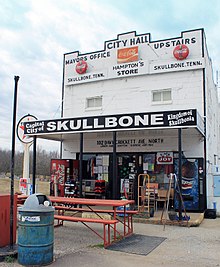 Like most rural white Southern counties in the 21st century, Gibson County Is a Republican stronghold. The last Democrat to carry this county was Al Gore in 2000.