Richard Norman "Doc" Hastings (born February 7, 1941) is an American politician and member of the Republican Party who served as the U.S. Representative for Washington's 4th congressional district from 1995 until his retirement in 2015. The district includes much of central Washington including the Tri-Cities, Yakima, and Moses Lake. The most conservative Republican in Washington's Congressional delegation, [1] [2] he chaired the House Committee on Ethics from 2005 to 2007 and chaired the House Committee on Natural Resources from 2011 to his leaving office.

Richard Norman Hastings was born in Spokane, Washington to Ivan and Florene Hastings; he is of part Norwegian ancestry on the maternal side of his family. [4] [5] He served in the United States Army Reserve from 1964 to 1969. [6]

Before being elected to Congress, Hastings ran his family-owned small business, Columbia Basin Paper and Supply. He was an active member of the Pasco Chamber of Commerce, the Pasco/Kennewick Rotary Club, the Pasco Downtown Development Association, and the Pasco Jaycees.

Hastings served in the Washington House of Representatives from 1979 to 1987, where he was selected by his colleagues to be Assistant Majority Leader and Republican Caucus Chairman. In 1983, he challenged the constitutionality of the state's 1.1% sales tax hike. [13] He voluntarily left the Legislature, claiming family reasons. [14]

He served on the House Tax Advisory Committee.

Incumbent Republican Sid Morrison, of Washington's 4th congressional district, decided to retire in 1992 in order to run for Governor of Washington. Hastings ran, but lost in the general election to Democratic State Representative Jay Inslee, 51%–49%. [15] Although Hastings carried the Tri-Cities, he lost the rest of the district. He won three (Benton, Franklin, and Adams) of the district's ten counties. [15]

"Top priorities must be creating jobs, getting our economy back on track, and stopping reckless spending that has left our nation with the largest deficit in history," wrote Hastings in response to Project Vote Smart. [26] The Seattle Post-Intelligencer considers Hastings to be a "down-the-line supporter of the House Republican leadership". [2]

Hastings has served as Chairman of the House Committee on Natural Resources since January 2011 and is a proponent of increasing domestic production of oil and gas, including drilling in the Arctic National Wildlife Refuge in Alaska. In November 2010 he said that "Promoting new domestic energy production, including in the Arctic, will be a priority" for the Committee. [27]

Hastings has a lifetime score of 3% from the League of Conservation Voters. [28] 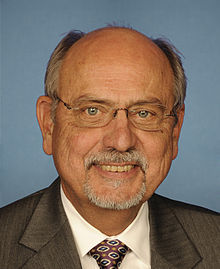 Hastings is rated as one of the most pro-business representatives in Congress, according to the United States Chamber of Commerce which gives Hastings a score of 94 out of 100 based on his 16-year voting record. [29] The 501(c)4 organization Club for Growth gave Hastings a grade of 94 out of 100. [30]

The National Taxpayers Union gives Hastings a grade of A. [31] Hastings has been given an 'A' grade by Liz Cheney's Keep America Safe PAC [32] He earned a 95.15% lifetime rating, as of 2010, from the American Conservative Union. [33]

Hastings is pro-life, demonstrated by consistent ratings of 100% from the National Right to Life Committee. He has received mixed ratings from some national agricultural groups. For 2009–2010 the American Farm Bureau Federation gave Representative Hastings a 66% rating. [26] His rating from the National Association of Wheat Growers was 25 percent in 2008. [26]

In 2009 and 2010, he received grades of "D" and "F" from the teachers union-affiliated National Education Association, and 0% from the American Association of University Women. In 2009–10, Iraq and Afghanistan Veterans of America gave Hastings a grade of "D". [26]

Hastings was instrumental in 2002 in building the case that led to the expulsion of Congressman James Traficant (D-OH) from the United States Congress. As Chairman of the Investigative Subcommittee of the United States House Committee on Ethics, Hastings was tasked with reviewing the file from Traficant's trial and other material to determine if there had been a violation of House rules. Hastings said on the floor of the House, "After considering all of the evidence, I concluded that Mr. Traficant's offenses were so serious and so purposeful that expulsion from the House is the only appropriate sanction". The measure to remove Traficant from the House passed 420-1. [34]

In 1996, lobbyist Jack Abramoff and his firm had as many as 36 contacts with Hasting's office, resulting in as many as 85.57 billed hours regarding the Commonwealth of the Northern Mariana Islands. [35] Abramoff bragged to the CNMI of having "excellent" ties to Hastings. [36] Hastings' 2004 campaign had received $1,000 from Abramoff personally and an additional $5,647 from Abramoff's lobbying firm, which was also one of the largest law firms in the State of Washington, Preston Gates. Preston Gates, Microsoft's law and lobbying firm, also contributed to Washington Democrats during that cycle, including to Seattle's Jim McDermott. [37]

Following Hastings' work that led to Traficant's removal from the House, he was named to the Chairmanship of the United States House Committee on Ethics. Soon after being named Chairman, two senior staff members for the committee were fired, and Hastings attempted to place his office Chief of Staff, Ed Cassidy, onto the Ethics Committee staff. Democrats cast this a partisan move, while Republicans pointed out that such a change in staff is the norm with the naming of a new committee chairman. Hastings came under fire during his chairmanship of the Ethics Committee, due to claims by Democrats of inaction regarding then-House Majority Leader Tom DeLay. By rule, the House Ethics Committee's work, votes, and investigative findings are kept strictly confidential. [38]

In 2008, Hastings, by now the ranking member of the Ethics Committee, pushed the investigation of Charlie Rangel. [39] A four-person investigative subcommittee was formed with Hastings as co-chair. The subcommittee's subsequent report led to Rangel's loss of the chairmanship of the powerful Ways and Means Committee and censure by the House in 2010.

In 1967, Hastings married his wife, Claire, in Sacramento, California; the couple has three children: Kirsten, Petrina, and Colin.