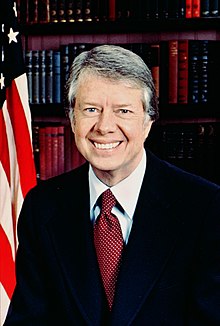 For over a century, the Democratic Party dominated Georgia state and local politics.

From 1872 to 2002, the Democratic Party controlled the Governor's Mansion, both houses of the state legislature and most statewide offices.

After switching to the Republican Party in 1998, Sonny Perdue went on to defeat Democrat Roy Barnes in the 2002 gubernatorial election. Perdue's unexpected victory marked the beginning of a decline for the Democratic Party of Georgia.

Georgia House Speaker Tom Murphy, the longest serving Speaker in any state legislature, lost his bid for another term in the state House. [1] Four Democrats in the Georgia State Senate changed their political affiliation, handing the upper house to the GOP. And in 2004, the Democratic Party lost control of the Georgia House of Representatives, putting the party in the minority for the first time in Georgia history.

The Democratic Party of Georgia entered the 2010 elections with hopes that former Governor Roy Barnes could win back the Governor's Mansion. Polls showed a tight race between Barnes and Republican gubernatorial nominee Nathan Deal, [2] with some predicting a runoff election. [3] However, on election day, Republicans won every statewide office. [4]

The Chairman of the Democratic Party of Georgia is Nikema Williams. Porter was elected in August 2013 via special election and was reelected in January 2015 to serve a full four-year term. In 2019, First Vice Chair Nikema Williams was voted to succeed him.

Of Georgia's fourteen seats in the United States House of Representatives, five are currently held by Democrats. The Democrats do not hold either of the two United State Senate seats. To date, the last Democratic senator from Georgia was Zell Miller, serving from 2000 to 2005.

The Democratic Party of Georgia controls none of the fourteen state constitutional offices. The Democrats control 21 of the 56 State Senate seats and 75 of 180 state house seats. Two-year terms of office apply to both houses, and the entire membership of each body is elected at the same time in even-numbered years.

Chairs of the DPG

Elected by the state convention

Appointed by the Governor