The only U.S. president from New Hampshire was a Democrat, Franklin Pierce who served from 1853 to 1857.

The New Hampshire Democratic Party has played a pivotal role in the election process for the president of the United States, with New Hampshire holding the first primary in the nation. Local Democrats in New Hampshire have huge power in determining the outcomes of elections.

Jeanne Shaheen is the first woman in United States history to be elected to both a governorship and a US senator. She served for three terms as New Hampshire's governor between 1997 and 2003. In 2008 she became the first woman elected to the US Senate from New Hampshire. Senator Shaheen is on the Committee of Appropriations, where she sits as ranking member of the Subcommittee on Commerce, Justice, Science, and Related Agencies. Senator Shaheen is also a member of the Armed Services Committee, Committee on Foreign Relations, Committee on Small Business and Entrepreneurship, Select Committee on Ethics, and Commission on Security and Cooperation in Europe. [1]

Maggie Hassan was the second woman in the United States history to be elected to both a governorship and a US senator. Senator Hassan served for two terms from 2013 to 2017 as New Hampshire's 81st governor. Senator Hassan won her election to the US Senate in 2016, beating out incumbent Senator Kelly Ayotte by a mere 1,017 votes. Senator Hassan sits on the Senate Committee on Finance, Committee on Health, Education, Labor, and Pensions, Committee on Homeland Security and Governmental Affairs, and the Joint Economic Committee. Prior to being governor, Senator Hassan was a state senator from District 23 from 2004 to 2010, in which she served as Majority Leader from 2005 to 2010. [2]

Chris Pappas was elected to his first term as a member of Congress in 2018, where he serves on the House Committee on Transportation and Infrastructure as well as the Committee on Veterans' Affairs. Congressman Pappas is the first member of the LGBTQ community to be elected to federal office from the state of New Hampshire. Prior to serving in Congress, Chris Pappas was a member of the New Hampshire Executive Council, representing District 4 from 2013 to 2019.

Ann McLane Kuster was elected to a historic fourth term in 2018.

The New Hampshire Democratic Party stands for policies that support strong, healthy communities and families, a strong economy with opportunities for all, and a fundamental system of fairness and justice. We believe government has a vital role in creating healthy communities and a vibrant business environment. We believe that essential elements of an attractive business environment include a healthy, well-trained workforce, quality public education, affordable housing and a comprehensive transportation and communication infrastructure. We are committed to upholding the right of every eligible voter to cast their ballot free from unreasonable restrictions. [3]

New Hampshire holds the first primary in the nation to kick off an election cycle every four years. This is a part of the long process in choosing nominations for both the Democratic and Republican parties. New Hampshire plays a key role in choosing nominees due to the massive amounts of media attention it gets. Being first involves having a huge impact on the process as a whole by setting the bar for latter states.

New Hampshire has been a bellwether for politicians seeking election. A weak showing in New Hampshire has caused office seekers to drop out of the race early. In 1952 and in 1968 Harry Truman and Lyndon Johnson both drop their reelection campaigns after poor showings in the New Hampshire primary. [4]

New Hampshire started holding a primary in 1916 and has held the First in the Nation primary since 1920. At first voters could only vote on delegates to send the party national conventions. It was Richard F. Upton, speaker of the New Hampshire House of Representatives, who amended the law to allow for direct vote of presidential candidates. In 1952 New Hampshire voters started voting for the candidates. [5]

This new law inspired the voters of New Hampshire to write in Dwight D. Eisenhower's name as a candidate for the 1952 Republican New Hampshire primary ballot. Eisenhower was able to beat Republican Party leader Robert A. Taft without Eisenhower even going to the state. He would go on to win the nomination and become President. [6] 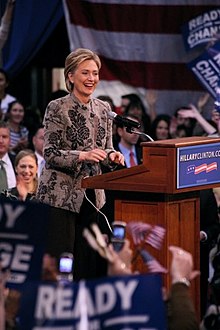 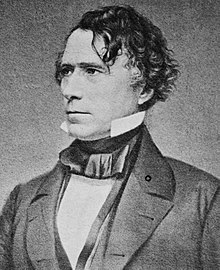