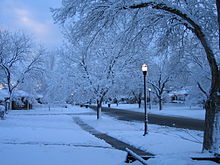 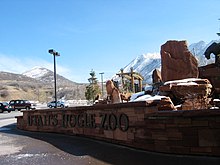 Settled by Brigham Young and 147 other pioneers on July 24[ when?], these Latter-day Saints were fleeing persecution after the death of Joseph Smith. Young originally intended the city and territory to be a religious theocracy. Although the government has long been secular, and even though less than 50% of residents in Salt Lake City are LDS, the city has a large number of religious buildings.[ citation needed] It is the headquarters of The Church of Jesus Christ of Latter-day Saints.

Unless noted, all of these buildings are in or around Downtown Salt Lake City.

The Church of Jesus Christ of Latter-day Saints (LDS Church) 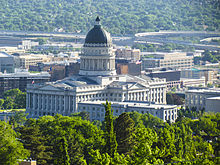 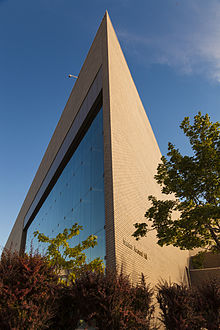 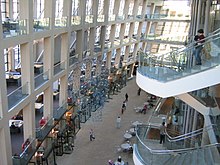 The interior of the Salt Lake City Public Library 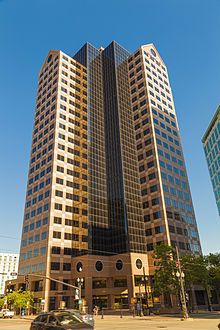 First condominium in the United States 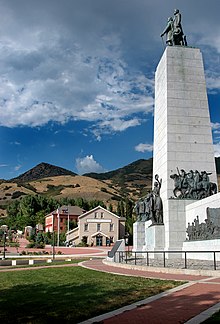 "This is the Place" monument